It appears Mercy Lambo will not mind having legendary singer 2Baba on her resume if she gets a chance. 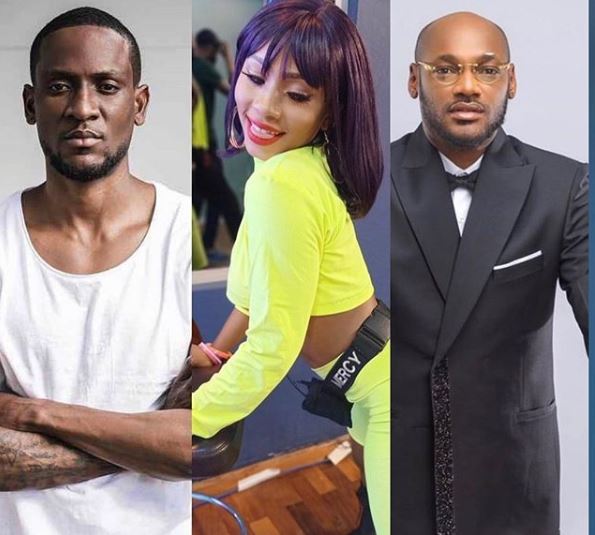 Omashola, Mercy and 2Baba
Big Brother Naija, BBNaija housemate, Omashola has revealed what Mercy did to Tuface Idibia on his visit to the house.
Recall that Tuface paid housemates a surprise visit alongside Larry Gaga. The music legend during his visit held a dinner party in celebration of his 41-year-old birthday with the housemates.
However, Omashola speaking to Seyi after Diane’s surprise eviction, said Mercy tried to seduce Tuface during his visit.
According to him, Mercy was licking her lips and making all forms of advances at the father of several kids.
He said: “Mercy tried to seduce Tuface, she was licking her lips and giving him sign because she knows he likes women.
“I don’t trust that girl.”
He went on to say would beat any of his friends who tries to date Mercy because he hates her display of slutty attitudes when celebs come visiting.
Top Stories

See How Somadina Reacted After His Ex-girlfriend, Regina Daniels Called Him A “Real One For Life”
Recent Stories