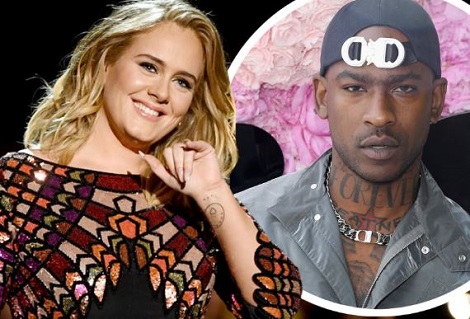 Adele and Skepta
Adele and Skepta, whose real name is Joseph Junior Adenuga, a Nigerian-British singer, are being tipped to get engaged before the end of next year following reports that they are dating, Britain’s Press Association has reported.

The pair are believed to have been in regular contact since singer-songwriter Adele split from husband Simon Konecki in April, and she is also said to have celebrated with the grime star on a night out for his recent birthday.

The Sun reported that friends of the pair, who both hail from Tottenham in north London, are hoping they will end up “being a great couple one day”.

A source told the newspaper: “Adele and Skepta have been there for each other a lot after both their relationships split up. They have a close bond and there’s definitely a special connection.

Adele and Skepta have been friends for years, and in 2016 the Hello singer tweeted a picture of the Mercury Prize-winner along with the caption: “Tottenham Boy (love heart) #konnichiwa.”

He retweeted it and replied: “Love you.”

Coral’s John Hill said: “Reports suggest Adele and Skepta having been getting very close to each other following a series of dates and our odds are not ruling out the couple getting engaged in the near future.”

“We have also taken bets on the couple getting close to each other in the music studio by recording an unlikely duet together.”

The odds of them getting together for a musical collaboration are currently 5-1.

Adele announced her split from Konecki earlier this year, and she recently filed for divorce.

The pair have a six-year-old son, Angelo.

Skepta, whose real name is Joseph Adenuga, was previously romantically linked to supermodel Naomi Campbell, and last year became a father. He even brought Naomi to Nigeria on a trip to Ogun state, the state of his Nigerian parents, where he was given a chieftaincy title.

Born to Nigerian parents on 19 September 1982 in Tottenham, North London, Junior Adenuga is the oldest of four siblings.

He is the brother of fellow musician Jme and radio presenter Julie Adenuga.

On 4 April 2018, he was installed as a chief in his Nigerian hometown in Ogun State, receiving the chieftaincy title of the Amuludun of Odo-Aje.
Top Stories