A Nigerian pastor has been nabbed in Gombe state after being found out to have tortured a 10-year-old boy. 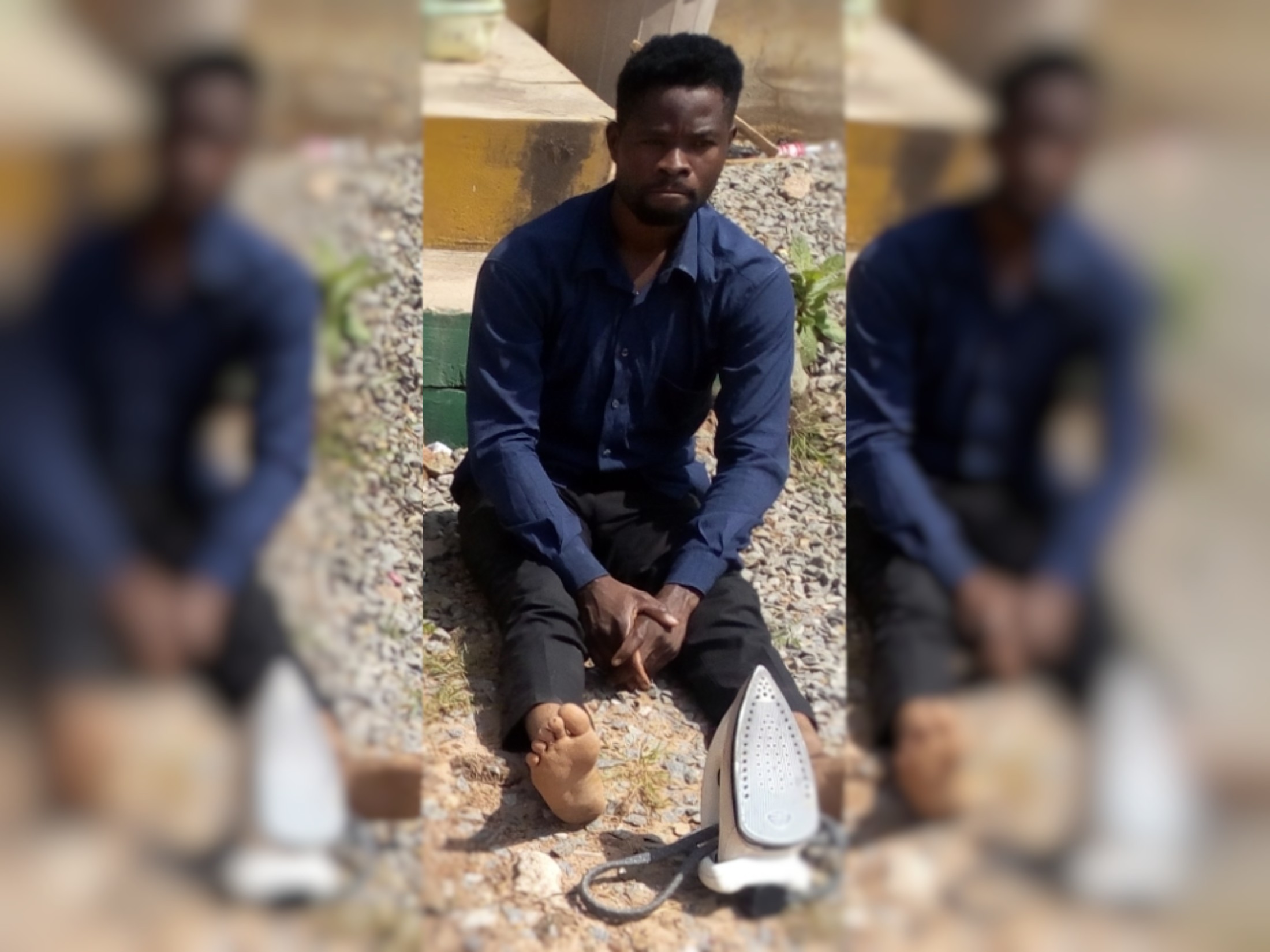 The pastor
According to a report by Sun News, a pastor with the Eagles Prophetic Gospel Centre in Gombe State has been arrested for child cruelty, by causing hurt to a 10-year-old boy.

34-year-old Pastor Emmanuel of Labor quarters in Tumfure, Akko Local Government Area, who was presented before reporters by the police alongside 15 other criminal suspects, claims that his victim, Daniel James, had been a truant, causing him to inflict the cruel punishment.
The pitiless preacher told Daily Sun that 10-year-old James was the son of an ex prostitute who had become a born again Christian as a result of a preaching outreach by his church.

“The 10-year-old boy committed a crime of stealing, which has been his habitual character. So, on that day, I took another dimension of punishment; I used electric iron to threaten him and it burnt him,” Pastor Emmanuel confessed.

He added that he took the kid to come and live with him after the church helped his mother find a place to live and a business to sustain herself and her elder son who is 19-year-old.

“They lived close to an Almajiri School and the boy always had a problem with the Almajiris. So, I took him to live with me. I made a mistake of not reporting him to the police. I always report his character to the mother before I decide to punish him on my own. In the church, everybody knew me to be a very disciplined man,” the pastor said.

Police spokesperson Obed Mary Malum confirmed to reporters that the suspect had confessed to using a hot electric iron to burn the 10-year-old boy in different parts of his body. The police says the preacher will soon be prosecuted in court.

Meanwhile, the state police command said it had tracked down and arrested a suspected kidnapper, 19-year-old Mohammed Sani Ahmed, of Gabukka quarters, who had abducted a 7-year-old boy, Hassan Abubakar of Kumbiya-Kumbiya quarters.

According to the police, SARS operatives arrested the suspect who had demanded N3.5 million in ransom from the father of the victim.

“During interrogation, the suspect confessed to the crime and stated that he went to Kumbiya-Kumbiya quarters Gombe where he saw the victim in a mosque performing ablution and sent him to buy a sachet of pure water for him. While on the way, he followed the boy, and picked him on a motorcycle to his house. He hid the victim for two days and thereafter demanded the ransom,” the police spokesperson said.

When he noticed that the ransom was not forthcoming, he decided to call Aminu Babayo, the uncle of the victim, claiming to have found the boy that was kidnapped, that he was abandoned at Gabukka quarters.

While jubilation was ongoing, the father of the victim observed that the same mobile number used in demanding for the ransom was the same number used to call the victim’s uncle to notify him that the kidnapped child had been found,” the police officer said.

SARS operatives were then deployed to bring in the suspect for questioning, who subsequently made the confession, the police said
Top Stories