The DSS said they recovered a pistol with live ammunition, a bullet-proof Range Rover SUV, a BMW Saloon, foreign currencies, a Phantom 7 drone from Maina 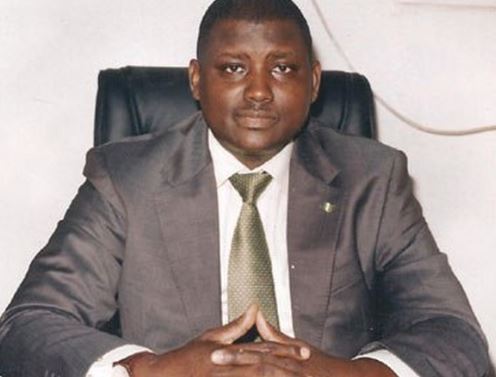 A senior EFCC official, who confirmed the development to The PUNCH, said the ex-chairman of the Pension Reform Task Team, who was arrested on Monday,  was quizzed by operatives immediately.

Our correspondents had reported exclusively that the former director would be handed over to the anti-graft agency this week.

The DSS  had claimed Maina’s  20-year-old son Faisal pulled a gun on its operatives in an attempt to resist his father’s arrest on Monday.

Confirming the arrest of the ex-PRTT chief at the Pennsylvania Avenue Hotel, Utako, Abuja, the secret police said they, however, disarmed the final year Telecoms Engineering student of Canadian University Dubai and arrested him along with his fugitive father.

The DSS said they recovered a pistol with live ammunition, a bullet-proof Range Rover SUV, a BMW Saloon, foreign currencies, a Phantom 7 drone from Maina, who had been on the wanted list of the EFCC in the past four years over alleged N2.1bn  pension fraud.

Spokesman for the agency, Dr Peter Afunnaya,  said in a statement on Wednesday Maina’s arrest was made possible by the renewed inter-agency cooperation.

Afunnaya said the fugitive was arrested during a combined operation.

He said, “The arrest which was effected at the Pennsylvania Avenue Hotel, Utako, Abuja, followed a request by the EFCC to the service to assist in the apprehension of the suspect.

“Maina was arrested in company with his 20-year- old son, Faisal Maina, who unsuccessfully tried to resist arrest.

“The lad even pulled a pistol on the security agents involved in the operation.  He was, however, disarmed and arrested.  He is a final year student at the Canadian University Dubai where he is studying Telecoms Engineering.”

The DSS said Maina and his son would be handed over to the EFCC for further investigations.

Maina had been charged alongside ex-Head of the Civil Service of the Federation, Steve Oronsaye, Osarenkhoe Afe, Fredrick Hamilton and Global Services Limited before the  Federal High Court in Abuja on  24 counts bordering on procurement fraud and obtaining by false pretences, in July 2015, but he absconded from the country shortly after.
Top Stories