The motivational speech Lionel Messi gave his Barcelona team mates during the match against Inter Milan has been revealed. 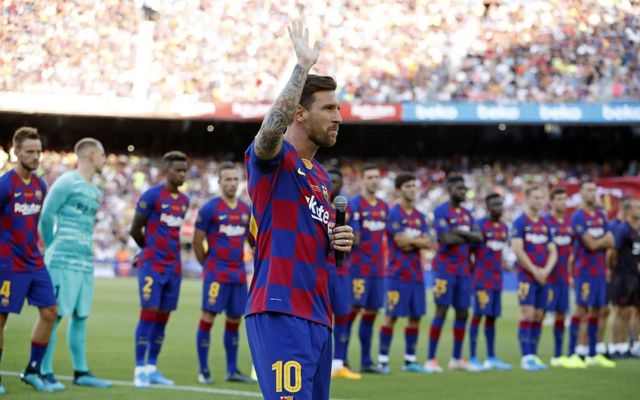 Messi
Lionel Messi's return to the team was instrumental in FC Barcelona turning it around against Inter Milan. The Argentine star completed his first 90 minutes of the season and played a key role in the second half response which saw Barça claim all three points in the Champions League.
After a disappointing display in the opening 45 minutes, being 1-0 down on the scoreline, Messi spoke to his teammates in the tunnel as they prepared to go back out on the pitch. Ernesto Valverde's tactical change made a huge difference but it was another example of Leo leading this Barça team.

"We aren't going to go crazy, lads. We're going out there and will press more, just as normal," Messi was caught on camera saying.
Pique backed him up insisting that the team pressed as a unit otherwise it wouldn't work. Luis Suarez added a standard: "Come on, let's go. Let's go."
The little speech seemed to work as Barça scored twice to win 2-1.
Top Stories