Following the decision of Chelsea stars, Abraham and Tomori to represent England in football tournaments, Nigerians have reacted. 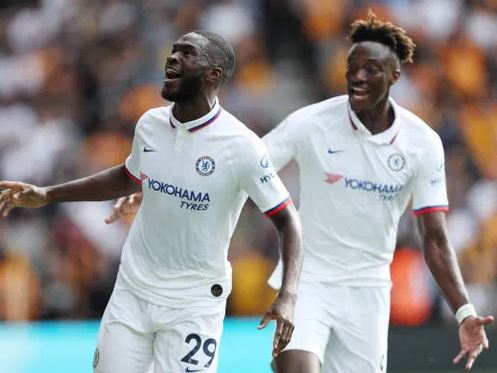 England coach, Gareth Southgate, listed both players in his squad for the Three Lions’ Euro 2020 qualifiers against Czech Republic and Bulgaria on October 11 and 14 respectively.

The fans, who took to Twitter, said the British-born players of Nigerian descent would have been better off playing for the Super Eagles.

According to them, they have no future with the Three Lions.

They cited John Fashanu, Ugo Ehiogu and Gabriel Agbonlahor as players who in the past shunned Nigeria, but never made it with the England national team.

“In Nigeria, you would be celebrated whether you win or lose. But English press would destroy your sanity. They would bench you!!! Learn from the past,” Uche Okoye tweeted.

"Congratulations, but, Tammy, Nigeria is the better option, England will have u play second fiddle to Harry Kane’s career,” Lee Okugbeni also tweeted.

This was corroborated by John Idoko, who tweeted, “I hope you don’t get dumped like many players of Nigeria descent before you.”

“England will ruin your career like they did to Fashanu and others. You should have played for Nigeria,” Chris Ezekiel also added.

“England will cap Fikayo Tomori and Tammy Abraham just to stop them from playing for Nigeria. In two years time, I assure you, they will be begging for call- ups. Remember Agbonlahor,” Sam Oyeniran tweeted.
Top Stories