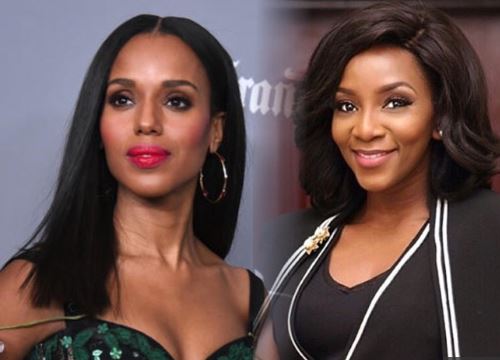 It all began with Genevieve breaking the news on her Twitter handle and the Hollywood actress swiftly congratulated her in IgboThe Nigerian Oscar Selection Committee has chosen LionHeart, the movie to represent Nigeria for the 2020 Academy Award for Best International Film! We are grateful for this recognition and proud to carry the torch. Thank you all for the love and support thus far.

Kerry Washington is the popular Olivia Pope, a crisis management expert, in the ABC drama series, Scandal. She is married to a Nigerian-American man, Nnamdi Asomugha and they have two kids together.
Top Stories

Why I'm Not Married Yet â€“ Singer, Asa Opens Up