Kidnappers Of Kaduna Schoolgirls And Teachers Demand N240m Ransom, As School Shuts Down


No fewer than five gunmen at about 10pm Thursday stormed the college and took away six female students and two other staff of the school residing in the premises to an unknown destination. 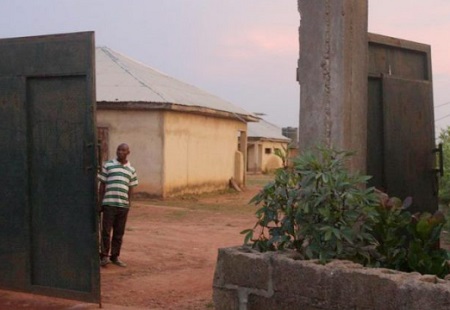 Abductors  of six female students and two of their  teachers at the Engravers College, Kakau Daji in Chikun Local Government Area of Kaduna State, have demanded N240m as ransom to enable them release the victims.

As a result, the boarding school located off Eastern bypass, about 20 kilometers from Kaduna city centre has been shut down by the management.

No fewer than five gunmen at about 10pm Thursday stormed the college and took away six female students and two other staff of the school residing in the premises to an unknown destination.

The spokesman of the Kaduna State Police Command, DSP Yakubu Sabo,  had earlier confirmed the incident. However, speaking to newsmen on Friday, one of the parents who pleaded anonymity, said the kidnappers had made contact with the management of the school and demanded for N240m ransom.

He added that the victims may be released any moment soon if the sequence of negotiation with the kidnappers by stakeholders does not slow down.

“We learnt that the kidnappers had contacted the college where they first demanded for N30m per each students, which if calculated, will sum up to N240 million, but they have slashed it to N50 million.

“We were told that the school authority told the kidnappers that they could only afford to pay N100,000 (one hundred thousand Naira for the release of the students and their teachers. The kidnappers told them they are not serious about getting the children back. Negotiation is still going on,” he said.

It was gathered that other students were immediately sent on vacation following the abduction of the six female students and two members of staff of the college, forcing the school to shut down.

However, one of the traumatized parents, Mr. Julde Juli, whose 15 year old daughter was among abductees, prayed that the kidnappers release their children alive.

“We just pray nothing happens to them and they are out alive. We just have to take things the way it came because this is how God ordains it to happen.

I used to have two children here(school) but one of them has been taken to the Federal Science School, Sokoto”, he said.

On what attracted him to take his children to the school, he said, “from my experience over the years, the school is good based on their performance and the school fee is moderate.”

On how he felt on hearing of the abduction of his daughter, Juli added, “As a parent, I was shocked on receiving the news of the kidnap of my daughter.”

He urged those involved in kidnapping for business to repent.

The Vice Principal (Administration) of the school, Mr. Shunom Giwa narrated his experience during the attack by the kidnappers. According to Giwa, “It was around 12:10am, we heard noise, then I woke my wife and children, I asked them to go and hide inside the bedroom. Before I could come to the sitting room, they were already trying to force open my doors. Then, I asked them not to bother that I was coming to open it for them.

“All of sudden, they brought out my colleague, the Vice Principal, Academics, they also asked him to lie on the floor. So, when I discovered that, their attention was on my colleague, I just ran into the bush, then they shot at me, but fortunately, they didn’t get me. They thought I was inside that class, they searched for me without success.

“When they couldn’t get me, they then started looking for where the students were. They came to this hostel, forced the door open. Then, I started thinking, about what I can do to distract them. Then, I started shouting, police, JTF, security come, there are kidnappers here. Then, they started shooting towards my direction again. I then, ran and jumped the fence out of the school.

“I was behind the fence, until I heard dogs barking in the bush, then, I knew they must be the ones leaving. So, I heard my colleague, the matron calling the name of the senior prefect. I called his name, he answered, then, I came out. All the girls had moved to the matron’s house.

“So, we started doing head count to know who and who were taken. Then, we realised the Vice Principal Academics, Mr. Joel Adamu, the House Mistress, and six female students were abducted.

“Presently, we have about 100 students, but the population kept dropping due to the security challenges in the country. The kidnappers have contacted us, we are already on it. By God’s grace, they will all be released today.

“It was because I kept shouting, kidnappers!, kidnappers!!, kidnappers!!! that made them to want to leave the school in a hurry, otherwise they would have had a field day and gone with all the girls”.
Top Stories