Following her recent release, mother of Samson Siasia has revealed the ordeal she passed through in the hands of kidnappers. 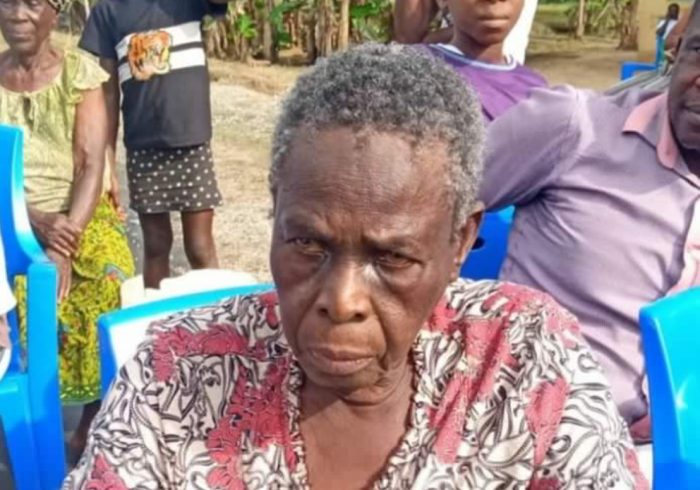 Beauty Siasia
Mother of the former head coach of the Nigerian national football team, the Super Eagles, Mrs Beauty Siasia, talks about her ordeal in the hands of kidnappers who held her hostage for 77 days, in this interview with DANIELS IGONI
Can you recall how you were kidnapped on July 15, 2019?
I was in my house on that day when they came and abducted me. They took me to a strange place. I was sick at the time. I had high blood pressure. They took care of me. They bought some drugs for me. They cooked food and gave me some to eat. They didn’t beat me. There were some days when there was no food to eat. We drank garri on such days.
Sometimes, they prepared eba and soup and we ate. But one day, they told me we had stayed too long and they were tired of our problem. They carried us in a boat and dropped us in a village. I don’t know the name of the village. They carried us to their chairman’s place. I don’t even know the man, but they called him Seiyefa.
How do you feel now?
I am not feeling fine. As I am talking to you, I am not well. Before they took me away, I was not well. I want to go to the hospital.
Where did they keep you?
I was kept in a small house that was roofed with tarpaulin.
What kind of water were you given to drink?
This is rainy season. They kept a rubber container, which they used to collect rain water. That was what they gave us to drink.
Did they allow you to speak with any member of your family on the telephone?
No, they didn’t. Who will give you a phone to speak with anybody? They didn’t allow me to speak with anyone on the phone.
Did they blindfold you?
No, they didn’t.
How would you describe the way you were kidnapped?
I was sleeping when they broke down the door and entered my house. They were many. I didn’t count them, but I know they were many. They carried me from the house and put me in a boat.
How many engines did the boat have?
The boat had one engine.
Was there electricity in the camp where they kept you?
No, there was no electricity. They used torchlight.
Can you guess the kidnappers’ ages?
They are young men, old enough to be my grandsons.
How did you return to your home?
They brought me back. I had been with them for three months. I kept telling them to let me go. I think they were also tired of keeping us. So one day, around midnight, they put us in a boat and dropped me in a village. I don’t know the name of the village. Someone mentioned it, but I can’t remember now. They asked us to alight from the boat. Then they called my people and told them to pick me there.
Why are you always being targeted by kidnappers?
They told me that my son, Samson, had a lot of money. They said he was a very wealthy man, a millionaire. But they could not get Samson. Samson’s father is old. I am also an old woman, not a young woman. I did nothing wrong to those people. This is the second time they have kidnapped me. I have not done anyone any wrong. But I will not say anything. Only God knows everything.
While you were in their custody, did you pray to God for help?
I prayed very hard, but the kidnappers prayed more than I did. It seemed like they knew about God more than I did. But they served God and juju. We never gathered at anytime to pray together. They tied charms around their bodies and carried guns.
Are you happy to be back home?
What kind of happiness is that? Although I have regained my freedom and I am back home, I am not happy. I have suffered a lot in the kidnappers’ den. I don’t even know the people who kidnapped me. I am not happy at all.
Are you praying they should not kidnap you again?
When I was with them, I kept warning them to leave me alone because of my age. Henceforth, none of them should come near my house again. What did they mean by saying that my son had a lot of money? This is the second time I have been kidnapped in less than 10 years. I told them to warn other members of their gang not to dare come near me again. They made me to suffer a lot. If what I suffered is good in their eyes, they will also suffer the same fate. They should be arrested, thrown into jail and tortured. I don’t know them.
Culled from Punch
Top Stories