How I Wooed, Married My Husband - Musician, Glory BosnJak


Switzerland-based Nigerian artiste and beauty entrepreneur, Glory BosnJak talks about her life, how she wooed and married her husband. 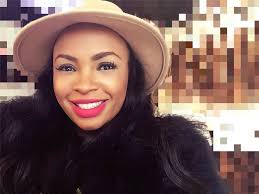 Glory BosnJak
Switzerland-based Nigerian artiste and beauty entrepreneur, Glory BosnJak, was on the roll call of honour at the JUSTIVAL event held in Lagos last weekend.

Aside being an awardee, she also entertained the guests with her music at the show. In this interview, she speaks about her music career, business and how she found love as a teenager. Enjoy it.

Could you tell us about your journey into music?

I was in the choir at Word of Life Bible Church, Warri. My senior sister was a chorister and I wanted to join but they said I was very young. They then asked me to join the children’s choir. That was where my music inspiration started. Initially, I started singing at parties, weddings, but I went into music full time in 2014 after I took part in the Voice of Switzerland contest.

Voice of Switzerland competition, how did that happen?

I’m married to a Swiss. We have two beautiful daughters. The eldest is 17 and the youngest is 10. My husband was the one who pushed me into the contest. It’s not that I’m timid or shy but I just like to let God take the lead in my life. My husband always goes out of his way to get me shows. I call him ‘my angel’.

I was a bit disappointed that I didn’t win the Voice of Switzerland contest. Though, it’s not about who came first, it’s about where you are going and the message you want to send out to the people. Music is like a platform for me to inspire people. Singing abroad or juggling music and family is not easy. I do it but it’s not easy especially when you live abroad. In Nigeria, you get a lot of people like friends and family members to help you but abroad it is a different ball game.

Do you have any album in the market?

I released a single, ‘Human’ in 2016. I passed through a very dark time in my life, but I overcame. The song means a lot to me, it’s very deep. It was inspirational. The song I performed at JUSTIVAL was titled ‘The Light Inside’. We live in a world where a lot of people are oppressed. I get inspirations through dreams. I wrote the lyrics in about 20 minutes and I went straight to the studio to record it. I have not released it to the public but I performed it at JUSTIVAL for the first time. Another single is coming out soon. It’s a Christian song, only if you are a deep and prayerful person that you would understand its meaning. If the message is for you, you will understand it but if it’s not for you, you will not get it. I have released a couple of singles but I have not released an album. I allow God to move me. But the album would be dropping by the grace of God in 2020 when I’ll be 40 years old.

That means you started having children early?

Yes, I started early and I have been with the same man. It’s not been easy but God has been so good to us.

You met your husband in Nigeria?

Yes. He is white but he is so black blood. I saw his photograph. Have you seen the movie, Austen Powers? You know the cardboard photo of somebody standing? I saw this picture and fell in love with the person behind it. I decided to search for this person, and to God be the glory, two days later, I saw him. Immediately I saw the picture, my spirit told me ‘this is your destiny, this is your man’. Two days later, I was driving with my friend and we saw this guy. I turned back, went to him and said ‘hello’.

When I was younger, I was very adventurous. It’s like the world was in my palm. I dreamt my future into reality. I dreamt the man of my dream to come to me and he did. I didn’t’ do it, God did it. I was just humble enough to open my heart to see it. It’s 20 years since we have been together. Do you want to know the whole story?

I walked up to him and said ‘I’m Gloria, I saw your picture at a party and I wanted to see you’. Then, he said ‘oh, nice to see you’. We sat down, we ate, and I wanted to see if what I’m feeling was real. I took his (phone) number and said I would see him in a few days. My heart was beating so fast, I couldn’t catch my breath because I had a boyfriend. I knew I had to finish that. I waited for my boyfriend to come back from his trip. I wanted to take a final look at him to know if what I had for him was real love. I was a girl, what did I know about love? My boyfriend returned from his trip; I took a look at him and told myself ‘this is not it’. I called my new-found-love. He was four years older than me. I was 18; he was 22, working in a company in Nigeria.

I called him up and he came. I told him: ‘I just have one thing to say. I like you very much and I want to be your girlfriend. Do you want to be my boyfriend?’ Look Christy, I’m telling you the story of my life. I said ‘do you like me?’ And he said, ‘yes, yes, yes, I like you’ with a French accent, he doesn’t speak much English. I said, ‘are we going to date?’ He said, ‘yes, yes, yes’. That is where our story started. Since then, we have been together and we’ve fought all the odds.

How did you become a beauty entrepreneur, running a Spa?

After giving birth to my second child, I had a little health issues, I was droning in my lungs. I felt like I was dying. I was actually dying but God saved me. When they brought back the result, they said I had intensive pneumonia. My lung was drilling with liquids. But I got healed after my medication.

I was into hair business years back in Nigeria. I was one of the few people selling human hair in Lagos. I needed something fresh and this was a new stuff. It’s called, Cryolipolysis, a non-invasive procedure that kills the fat cells. You don’t need to go under the knife, it is not painful, you just feel a little bit cold, because of the membrane they put into your stomach or anyplace you want to work on. It kills the fat cells, and with time, between one to eight weeks, you start seeing the result. I started the business in Switzerland. The best way to fight unhealthy body shape is to go through Cryolipolysis. I did my studies on that in the UK. I needed to learn it and be certified in whatever I was doing. I intend to bring it to Nigeria.

How do you unwind?

I take time by myself. I’m not a loner. I like my quiet time – me, myself and I. When my kids are in school, my husband at work, I take three days from work and go to the cinema, and I pinch on movies with my popcorn. If I feel like drinking wine, I take my wine along.

Growing up, did you envisage you would marry a white guy or this just happened by accident?

When I was younger, I had dreams. It’s like the world was in my palm. I perceived what my future was going to be like and I went for it. I knew I wanted half-caste children. The school I attended in Warri, JF Kennedy, there was this half-caste girl, who didn’t like me at first but I liked her, she was so fresh. I became friends with her eventually and that’s where my love for half-caste children started. I noticed how beautiful and how kind her soul was, and I wanted to have half-caste children. My name was Gloria Ridge before I got married. My dad was half British half Nigerian and my mum was Nigerian. So, it made us a quarter caste. My husband gave me a gift this year, the DNA test. I have always been curious to find my extended family in England. To my greatest surprise, I’m one percent British, 77 percent Nigerian. I’m Italian, Greek and Somali. DNA test can prove your family tree. My husband loves me so much and he knows this is one of the things that bothered me. I needed to know where I’m from. We never knew my dad’s white background, where he’s from. I was curious to know for my children’s sake, I needed them to know the family tree, from my dad side.

Did you get to know your dad?

Yes. He died 11 years ago. My mum died 13 years ago, but my dad never spoke so much of his father. I’m that person that’s so curious. I wanted to know more about my family. I wanted to know and this is what I discovered.
Top Stories