See How Nigerians Voted For Their Favourite BBNaija Finalists (Photo)


BBNaija winner, Mercy Eke got a staggering 41.77% to become first female winner of the BBNaija show. 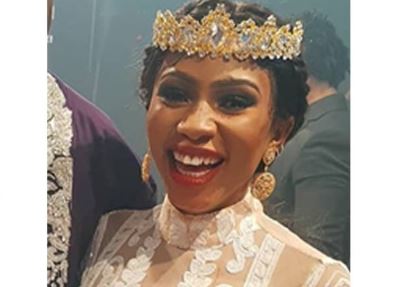 Mercy Eke crowned winner
Mercy Eke has become the winner of Big Brother Naija season four after securing 41.77% of votes from viewers.
She got more votes than Mike, Frodd, Omashola and Seyi who were all finalists in the reality show.
Mercy known as ‘Queen of Highlights’ was crowned winner during the finale on Sunday.
This win makes Mercy the first woman to win the Big Brother Naija reality show since inception.
Popularly known as ‘Lamborghini’, Mercy was touted as the possible winner for the season by show fans and celebrities alike.
The light hearted diva made the top two with her show best friend, Mike Edwards, who emerged first runner up.
As winner, Mercy walked home with cash prize worth over 40 million Naira, brand new Innosson SUV, Dubai trip for two and other prizes. 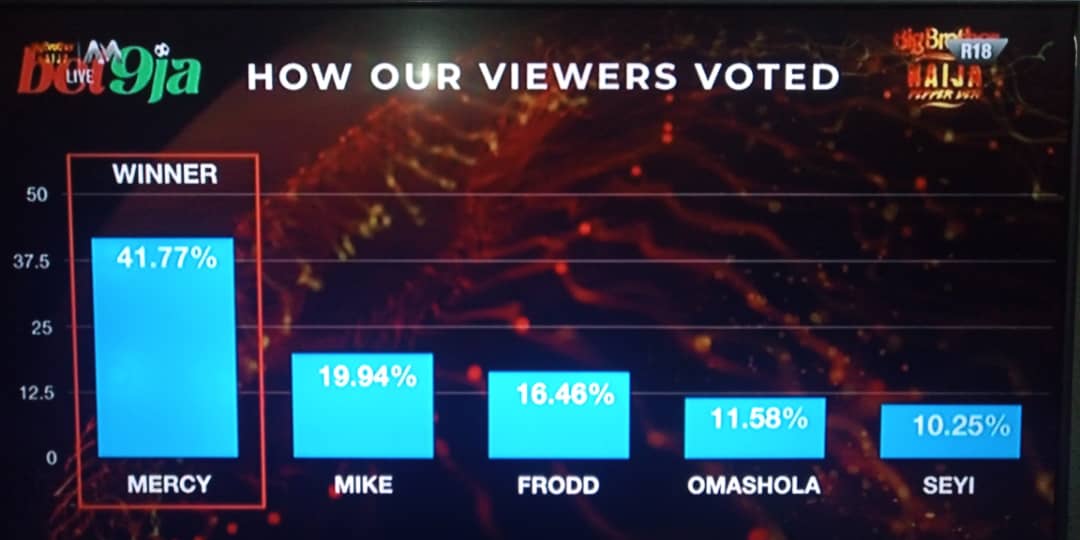