A man has happily showed off his new looks after doctors cut off a huge keloid tumor from a man's chin. 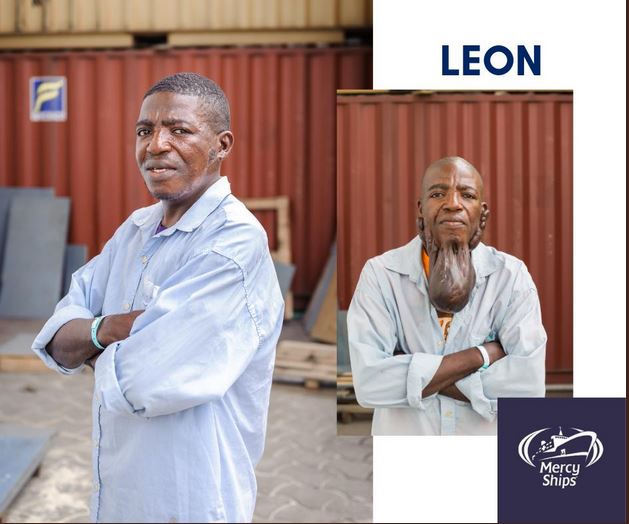 Leon
Doctors have handed a man a new life after successfully operating on him to remove a tumor from his chin.

The man, identified as Leon, was operated upon by doctors on the 'Mercy Ships', a Charity non-governmental hospital ship and came out looking very new.

According to Mercy Ships which posted the development on Twitter, Leon now feels that his burden has been lifted.

It wrote: "A motorcycle accident 15 years ago left Leon with scar tissue, creating a keloid tumor that grew larger every day."

After successfully removing the tumor Leon said, “I feel lighter, and not just because the tumor is gone. My burden has been lifted!” 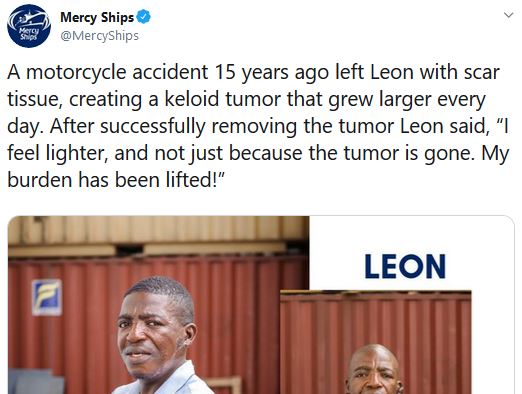