The full documentary in which Dr. Boniface Igbeneghu, a UNILAG lecturer was caught in a sex-for-admission scandal has been released. 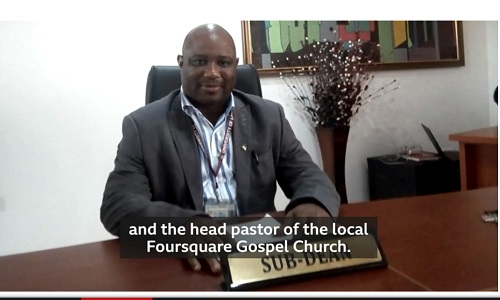 Dr. Boniface Igbeneghu
The University of Lagos (UNILAG) has shut-down the ‘Cold Room’, where lecturers allegedly assault student sexually.
The development comes 24 hours after the British Broadcasting Service (BBC) through a video documentary “Africa Eye” reveled what goes on in the location.
The documentary had also exposed one of the lectures Prof. Boniface Igbeneghu, sexually assaulting an undercover journalist who pretended to be a student seeking for admission into the university.
-NAN
Watch video below:
Top Stories