S*x For Grades: I Have Received Threats Since Undercover Investigation - BBC's Kiki Mordi 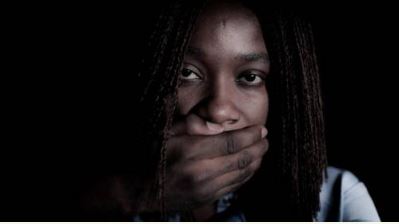 Kiki Mordi
BBC journalist, Kiki Mordi, has told SaharaReporters that she had received subtle threats since her widely applauded undercover investigation into sexual harassment of female students by male lecturers at the University of Lagos and the University of Ghana respectively was published.
The investigation, which took almost a year, saw Mordi and other undercover female journalists secretly filming randy lecturers in both universities trying to use their positions to demand sex from young ladies in order to favour them academically.
According to Mordi, who said on Monday that the project was inspired by her personal story, she is not bothered by those threats because the BBC takes the security of employees very seriously.
She said, “I have received subtle threats since this work was completed but I am not bothered because the BBC takes the security of employees seriously.
“Before embarking on this project, the team prayed a lot and also sang because it helped to calm the nerves.
“But I had to go through the trainings I received over and over again because I wanted to get it right.
“The bulk of the ritual I performed were reading, research and preparation.
“The biggest goal of this work was to be louder than the aggressor because sexual harassment is very loud. I wanted it to be silenced.
“I am happy that a lot is changing already since the documentary was release and I can confirm to you that one of the lecturers at the University of Lagos caught sexually harassing a prospective student has been dismissed by the institution.
“I believe it doesn’t stop there until there is a conviction. We have to break that culture of impunity.”
In the undercover documentary now making the rounds on the Internet, one of the lecturers at the University of Lagos, Dr Boniface Igbeneghu, a former sub-dean of Faculty of Arts, who is also a pastor of a local branch of the Foursquare Gospel Church, was seen making amorous advances at the ‘prospective student’, who claimed to be 17 years old.
At a point in the video, he offered her a wine, asked her to switch off the light in the room so that he could kiss her.
After the young lady didn’t do as he had said, Igbeneghu soon stood up to switch off the light himself before going back on the sofa they both seated to pull her close to himself for what he described as a “cold room” experience.
According to the lecturer, the “cold room” is a place within the school’s senior staff club where he and his colleagues take female students to for sexual pleasure.
Since the video went public, there have been reactions from all across the country with many prominent voices calling for a quick action by the government to arrest sexual harassment in higher institutions in the country.
Apart from being axed by Unilag, the Foursquare Gospel Church in Nigeria also announced the suspension of Igbeneghu on Monday.
Top Stories