Dinosaur footprints said to be 100 million years old have been reportedy found in East China. 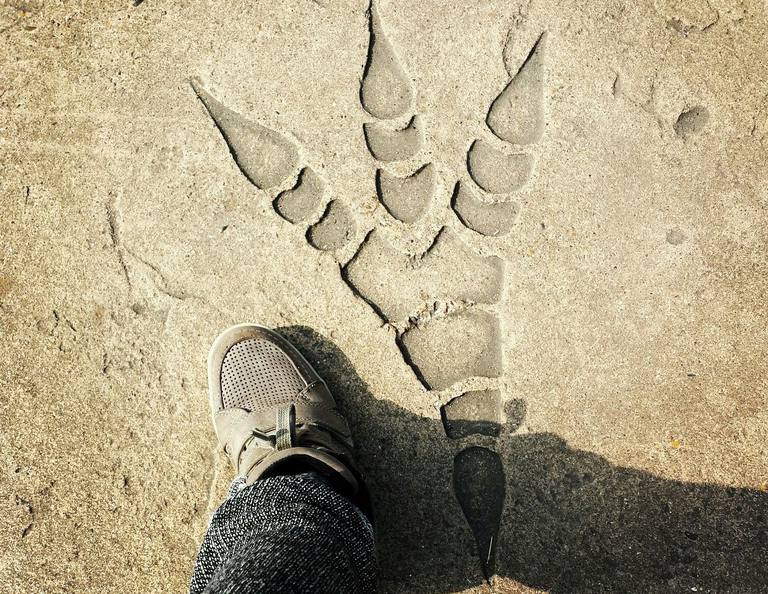 Illustrative photo
Palaeontologists announced on Tuesday in Beijing they had discovered a group of 100 million-year-old fossils of dinosaur footprints in east China’s Zhejiang Province, NAN reports.

According to Xing Lida, an associate professor with the China University of Geosciences, Beijing, over 20 footprints, ranging from 22.7 cm to 82 cm in length, were discovered in a village in the city of Lanxi.

However, experts estimated the dinosaurs’ body length ranged from 3.8 to 14 metres.

The footprints were believed to date back 100 million years to Cretaceous Period, indicating a large number of sauropods were active in the area, believed to be rich in water and grass at that time.

Lida and Martin Lockley, a professor at the University of Colorado, was among the authors of the study, which was published in Historical Biology. Palaeontologists are now working with local authorities to better protect these rare footprints.
Top Stories