A suspected fraudster has been arrested and arraigned by men of the Economic and Financial Crimes Commission. 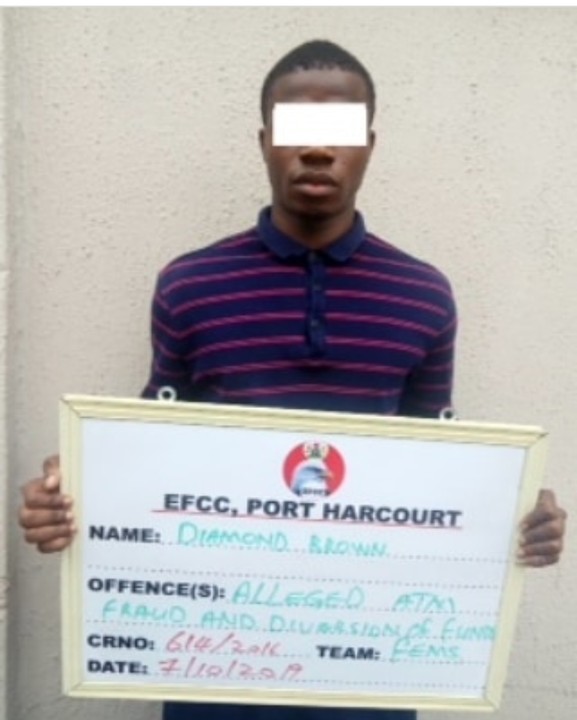 Diamond Brown
The Economic and Financial Crimes Commission, EFCC, Port Harcourt’s Zonal office on Tuesday, October 8, 2019 arraigned Diamond Brown before Justice E.A. Obile of the Federal High Court sitting in Port Harcourt, Rivers State on one count charge bordering on retention of proceeds of crime contrary to Section 15 (2) (d) of the Money Laundering and (Prohibition) Act 2011, as amended, and punishable under the same Act.
Investigations showed that the petitioner compromised his pin/code to the defendant and his accomplices while he requested them to assist him make some transactions.
They also allegedly swapped his ATM card with that of one Abrah Ogheneruemu Marcus.
Investigation further revealed that the petitioner's brother was the mastermind of the fraudulent deals.
He allegedly swapped his ATM card with the petitioner’s card and used it to transfer various sums of money to different persons, including the fraudulent transfer of Four Hundred Thousand Naira (N400,000.00) to the defendant’s account.
Top Stories