A Nigerian university has expelled a student after the man reportedly criticized a state governor on Facebook. 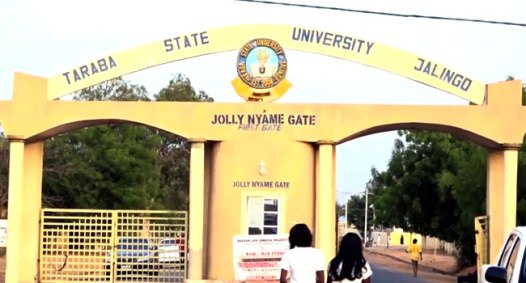 The school said it took the decision because the student had failed to “complete the registration processes” that include signing the matriculation oath form.

Joseph Israel, who was admitted to study Chemistry but later switched to Laboratory Science in the state-owned school, had his admission withdrawn in September.

“Further take notice that the withdrawal of the said admission is hinged on your inability to complete the registration processes of Taraba State University, Jalingo, as approved by the relevant university regulation and which makes (you) a ghost student,” the letter said.

But Mr Israel told PREMIUM TIMES the reason given by the institution was false, and was merely used as an excuse to deal with the student who has been a known online critic of the governor.

He denied boycotting the matriculation and said he signed the oath declaration form.

“The mistake I did was not snapping a picture on the day. I am not a picture person. But I have over 20 persons who can testify that I was there with them on that day. I also signed the form given to us,” he said.

The withdrawal letter by the registrar did not cite the specific university regulation that punishes failure to attend matriculation with dismissal.

The director of information of the university, Sanusi Saad, told PREMIUM TIMES by phone that he was aware of the case, but had no authority and adequate information to comment.

He said the university’s vice-chancellor was not available for clarifications.

Documents seen by this newspaper showed that the university’s management had summoned Mr Israel before a malpractice committee which deals with issues of indiscipline and academic wrongdoings.

The student appeared before the committee on July 15, 2019 as instructed.

Mr Israel said when the committee confronted him over his criticism of the governor, he asked the committee if there was any law in the university stopping students from using social media and expressing their views on governance in the state.

He said the committee, which provided no answer, asked him to go until the investigation was concluded.

“By this act of cruelty, it is very sad to assume that Taraba State is now confronted with the highest rate of hypocrisy and conspiracy among public office holders and members of academic environment who have reduced the educational sector to ridicule,” said Jen Jibrin, a Jalingo-based activist.

On April 26, he posted: “If Gov Darius sells seven cars in his convoy alone, he will solve the problems of Taraba State University”.

“Governor Darius is a tested and trusted failure, the 100 days of any government shows the direction of that government, the Darius administration has no direction, his government is the worst in the 28 years of existence of Taraba State,” he wrote. “I call on all those whose hopes are high to keep their hopes down till 2023 maybe we’ll have a proactive and a serious governor.”
Top Stories