Revealed! What Ekiti State Is Currently Planning To Do To All S*x Offenders Who Are Caught


Ekiti state is currently planning to deal severely with all the sexual offenders caught in the state. 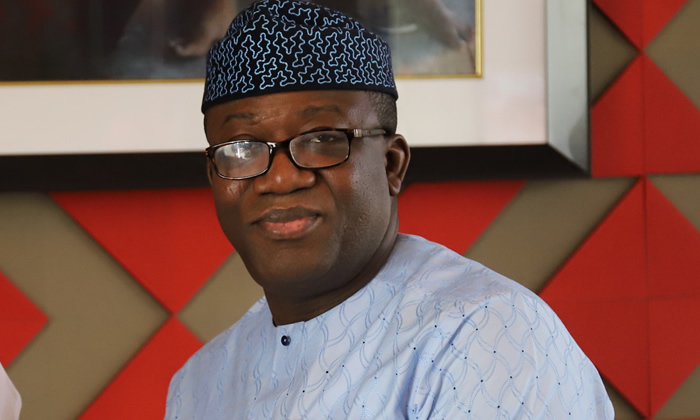 The governor’s wife, who spoke on Thursday during the public hearing of the GVB Amendment Bill at Ekiti State House Assembly, Ado Ekiti, lamented, “Violence against women keeps increasing in Ekiti. We appeal to the House to pass this law expeditiously.

“I am not the owner of the law; it is for men and women in Ekiti. We only championed it. It is to protect us, our family and society against all forms of discrimination, so that we can all live life of respect and dignity,” she said.

The state Attorney General and Commissioner for Justice, Mr Wale Fapohunda, said the amendment to the bill might include medical castration, compulsory psychiatric test and disqualification of offenders from benefiting from government’s social investment programmes.

Fapohunda said, “We plead with the House of Assembly to have expeditious and holistic consideration of the amendment into this bill because it is to provide legal framework for Governor Kayode Fayemi’s zero tolerance for all forms of gender violence.

“The increasing cases of rape and defiling of little children in Ekiti requires urgent attention. The amendment being sought may include imprisonment and medical castration of offenders among others not stipulated in the existing law.”

“To make the law effective, we are going to decentralise the referral centres and all the local governments will have one each. You don’t need to come to the state capital before lodging your complaints. The GVB Management Committee has been brought back to attend to complaints.”

The Speaker, Ekiti State House of Assembly, Funminiyi Afuye, said the law when amended, would elevate gender issues to human rights in the state.
Top Stories