A Benue lecturer has been dragged to court to face the wrath of the law after allegedly r*ping a minor to death. 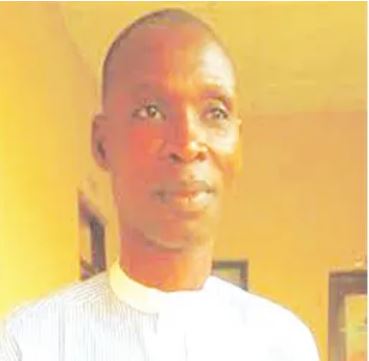 Andrew Ogbuja
Mr. Andrew Ogbuja, a 54-year-old senior lecturer with the Benue State Polytechnic, Ugbokolo, was yesterday arraigned on a four-count charge bordering on defilement to death of a teenage girl, NewTelegraph reports.

This came as Justice Josephine Oyefeso of an Ikeja High Court yesterday fixed November 21 for the adoption of final written addresses in the ongoing criminal trial of a former lecturer of the University of Lagos (UNILAG), Akoka, Afeez Baruwa.

Ogbuja, who was arraigned before Justice Augustine Ityonyiman, was accused of defiling to death a 13-year-old girl, Ochanya Ogbanje, who was kept under his custody.

He was arraigned exactly a year after Ochanya’s death. The victim died in October last year.

Ochanya had died as a result of complications from her prolonged rape allegedly by the lecturer and his son, Victor.

Victor, who is now at large, is a second suspect in the case. But the police are yet to declare him wanted.

However, Ogbuja, pleaded not guilty when the four-count charge was read out to him.

The prosecutor, Mr. P. M. Ukande, prayed the court to remand the accused and fix a date for proper trial, having pleaded not guilty to all the charges.

Counsel to the accused, Mr. Abel Onoja, did not oppose the application for trial and urged the court to make an order to compel the prosecution to ensure that medical experts named in the suit are brought before the court to testify during commencement of full trial.

The prosecution counsel vehemently opposed the application brought before the judge, saying it was wrong and premature for the defence counsel to come up with such application since full trial was yet to commence.

The trial judge, while agreeing with the prosecution, overruled the defendant’s application, saying that it was premature and adjourned the suit till November 14, 2019, for commencement of trial.

Meanwhile, Justice Oyefeso handling Baruwa’s trial fixed November 21 after the defence counsel, Ms Taiwo Makinde, informed the court that they had just served the prosecution a copy of their final written addresses.

Baruwa is standing trial on a charge of raping an 18-year-old admission seeker (name withheld) in his former office in UNILAG.

The former lecturer committed an offence contrary to Section 258 of the Criminal Law of Justice, Laws of Lagos State, 2011.

The defendant was a former part-time lecturer in the Department of Accounting in the university when he allegedly committed the offence.

While addressing the court, the prosecuting counsel, Mr. O. A. Azeez, told the court that the prosecution needed time to respond to the final written address of the defence.

Azeez said the former lecturer allegedly raped the victim at 9.25a.m. on July 23, 2015 in Room 8 at the Faculty of Business Administration Annex Bbuilding, UNILAG.

He said: “Baruwa, who was a friend of the complainant’s father, was requested by him to help his daughter secure admission into the institution.

“The alleged rape occurred when the girl came into Baruwa’s office to make arrangements for her admission into the university.

“UNILAG authority has, however, put up a disclaimer in respect of the lecturer.”

Four prosecution witnesses have testified against the defendant in the course of trial; including the complainant, her father, a medical doctor and the investigating police officer.

The prosecution, however, closed its case against Baruwa on January 23, 2018 while Baruwa testified solely in his defence on May 31.

The lecturer, in his defence, said that the complainant was his girlfriend and that he had consensual intercourse with the girl.

He, therefore, claimed that the girl had seduced him in his office on the day the alleged crime was committed.
Top Stories