Solskjaer's men will take on Premier League leaders in their fixture at Old Trafford on October 20. 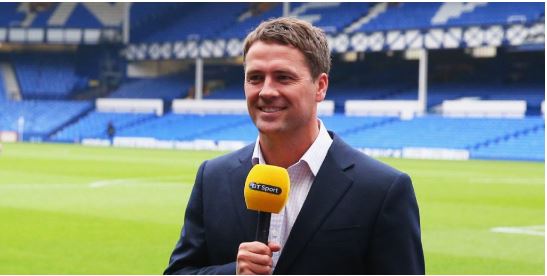 Michael Owen
Former Premier League star, Michael Owen, has claimed that Manchester United squad are ‘not good enough’.
Owen also said that Ole Gunnar Solskjaer’s side are getting worse, adding that the Red Devils only have three good players with future at the club.
“They haven’t got the players, they’re simply not good [enough],” Owen told Premier League Productions.
“That first XI, I’d say there are three players, maybe four, that should be Manchester United players for the future.
“If you’re looking to build that club back to where it was, then there’s probably three or four in that first team.
“Ole Gunnar Solskjaer in his interview afterwards, I was almost slipping down my chair, it was almost like he doesn’t know what’s going wrong, let’s say.
“We can all speculate as to what’s going wrong. He can look over his shoulder and think ‘down the road you’ve got Jurgen Klopp, you’ve got [Pep] Guardiola – these are managers that are actually improving their players, they’re getting the best out of their squad’.
“I’m looking at that [United] squad and, if anything, the players are getting worse.
“They’re devaluing, as a squad, they’re getting worse. Where is it all going to end?”
Man United are currently in 12th position on the Premier League table with nine points from eight matches, leaving them only two points clear of the relegation zone.
Solskjaer’s men will take on Premier League leaders in their fixture at Old Trafford on October 20.
Top Stories