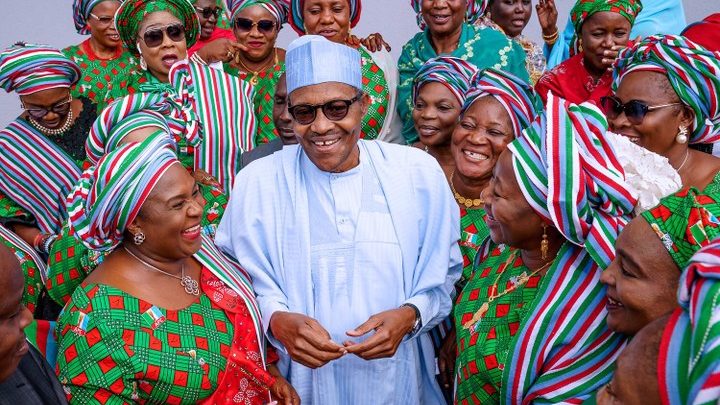 President Muhammadu Buhari and some APC members
A group known as APC Mandate Defenders has reacted to online reports which claimed that the Hon. Minister of Finance, Budget and National Planning, Hon. Mrs. Zainab Shamsuna Ahmed will be getting married to President Muhammadu Buhari.
The group described the news as fake and fallacious.
In a message sent to newsmen, the National Publicity Secretary of the group, Mr. Ifeanyi Emeka said there is no any marriage between Mr. President and any of his female ministers let alone the Honourable Minister of Finance who is happily married with responsible children.
The group therefore warned Nigerians to stop scandalising female technocrats and politicians occupying public offices in the country as such accusation is not only unwarranted, but also capable of discouraging women from contributing their quotas to national development.
The group also advised Nigerians to use the social media responsibly instead of using it to scandalize Nigerians who have distinguished themselves.
Top Stories