A Nigerian lecturer has challenged his student to expose him if he has extorted or sexually harassed them. 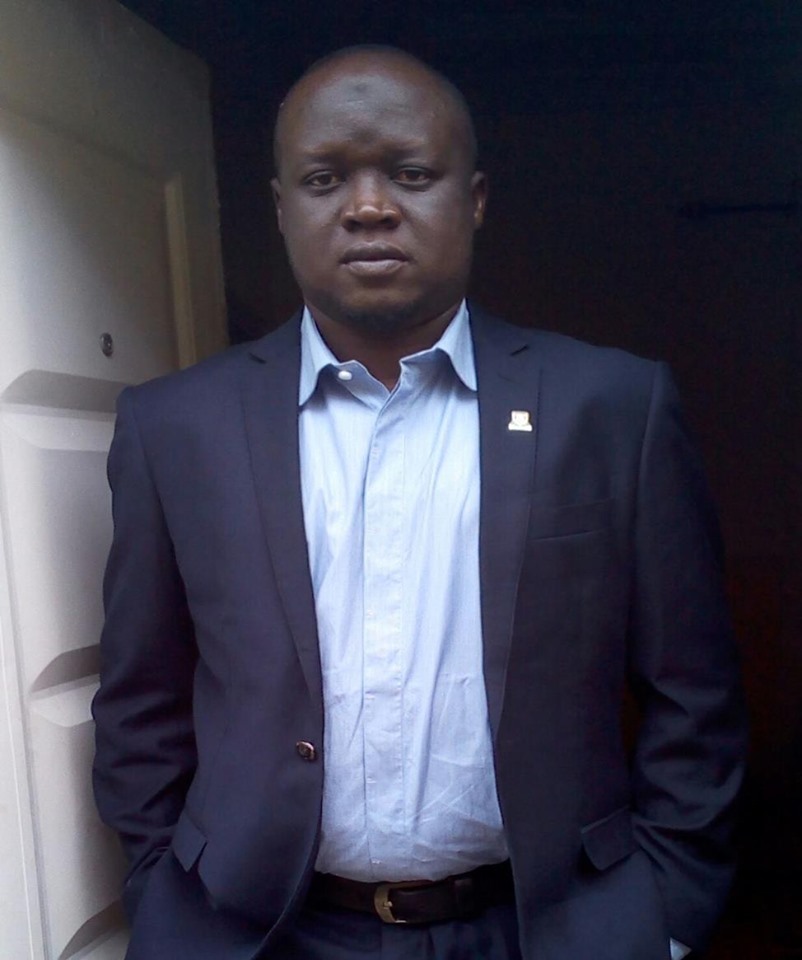 Mr. Aliyu Maigado, a lecturer in the Federal University of Kashere, Gombe State, has challenged his students to expose and report him if he has ever extorted them for money or sexually harassed them.

Taking to his Facebook page on Saturday, the lecturer shared a photo of himself and said, “If as my student, I ever extort money from you; demanded or sexually harassed you, between you and your God, kindly report and expose me.”

He titled his piece, “Challenge.’

Maigado revealed that he is a lecturer with the Department of Animal Science in the federal university. He added that he had taught several courses over the years and interacted with many students, both male and female.

Giving his reason for issuing the challenge, Maigado said he felt compelled to speak up given the recent exposure of some lecturers caught having less than appropriate relationships with their students and potential students.

"I am Aliyu Maigado, a lecturer with Department of Animal Science, Federal University of Kashere, Gombe State.

"Over the years, I taught several courses and interacted with many students, both male and female.

"If as my student, I ever extort money from you; demanded for or sexually harassed you, between you and your God, kindly report and expose me. Thank you." 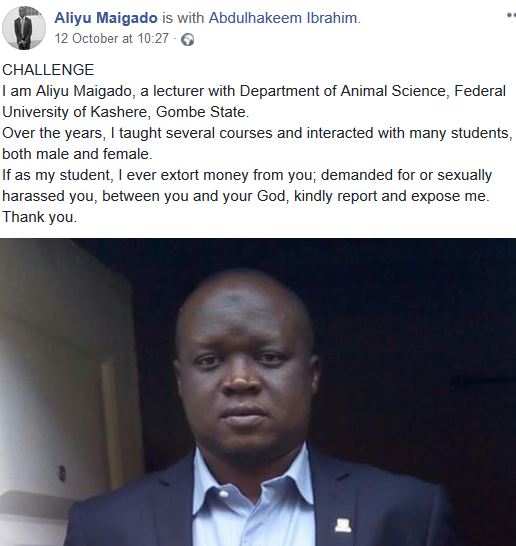