Six Suspected Cultists Nabbed By Police During Initiation In Enugu


Enugu State Police arrests six suspected members of the Viking confraternity during their initiation with locally made double barrel pistol and cartridge. 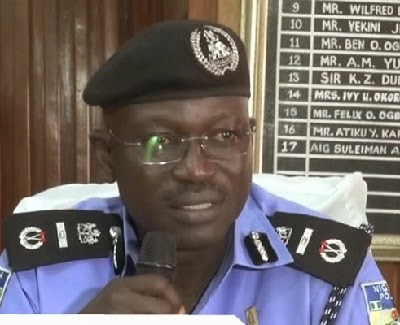 The operatives of the Enugu State Police Command have arrested six suspected members of the dreaded Supreme Viking confraternity during their initiation.

The State Police Public Relations Officer and the National Coordinator of Police Campaign Against Cultism and Other Vices (POCACOV), Ebere Amaraizu, told our correspondent on Monday that the suspects were arrested by operatives of Emene Division of the Command at the Akpoga Nike forest during initiation of new members on Saturday at 10pm.

Amaraizu who disclosed that the arrest of the suspects was made possible following credible information provided to the police by the members of the public with a well-coordinated operation with the local security, urged residents of the state to always report any security concerns to the police for effective policing of the state.

He said the suspects were arrested with locally made double barrel pistol and cartridge.

The state police spokesman said one of the arrested suspects identified as a 20-year-old Njoku Uchenna Sylvester, who hails from Mgbo in Ebonyi State but living in Emene was being initiated into the confraternity when the operatives struck.

He gave the names of the other suspects as, “Ede Chijioke known as CJ Black and a native of Ugbawka in Nkanu NkanuEast Local Government Area of Enugu state; Edeh Ibeabuchi, 18, and known as Wiseman; Chinonso Ugwu aka Chaka Bullet, 25, and a native of Onuogba Nike; Oko Udochukwu aka Double, 21, from Onuogba Nike and Chinedu Nwakasi, aka Aro Swag  of Ugwuoba  Oji- River.”

According to Amaraizu, the suspects were already helping the police in its investigations with a view to arresting other members of the confraternity.