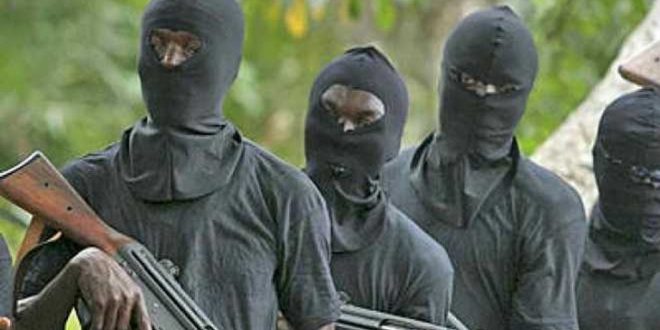 It was gathered that three others sustained various degrees of injuries during the two separate operations in the commercial city at the weekend.

Among those allegedly killed included a security man at Seaman Petrol filling station near Borromeo Roundabout, directly opposite Zik’s Mausoleum, Onitsha and a girl at a popular pharmacy along Awka Road, Onitsha.

Our correspondent learnt the robbers who pretended to be buying fuel, drove into the filling station at about 11.30 pm, brought out their guns and surrendered the pump attendants and collected all the money that they made throughout the day before shooting and killing the security man.

“When they entered the filling, we thought they were genuine customers who wanted to buy fuel before they brought out guns and ordered everybody to surrendered their money and after collecting the money, they started shooting and killed our security man and another person who was rushed to the hospital,” a survivor recounted.

At the pharmacy, the robbers reportedly carted away some money injuring some people.

When contacted, the Anambra State Police Public Relations Officer, (PPRO) Mr. Haruna Mohammed, said that “we are investigating the matter and will come up with our findings later.”