Following a viral video purpotedly showing President Buhari's wife ranting in the Villa, the first lady has come out to clarify the issue. 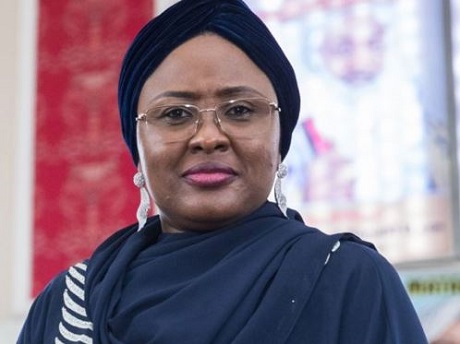 President Muhammadu Buhari’s wife, Aisha, has given a rare insight into the power struggles at the State House, with details of how husband’s relatives physically confronted her.

In an interview with BBC Hausa, Mrs Buhari confirmed the authenticity of a video that circulated online last week, saying she was the woman seen speaking angrily in the footage.

The incident, however, did not happen now, she said.

Mrs Buhari has spoken of a “cabal” that has controlled her husband, a description understood to mean a shadowy but powerful kitchen cabinet led by Mr Buhari’s nephew, Mamman Daura.

A new video surfaced last week showing a woman speaking angrily at a location believed to be the presidential villa.

Speaking in Hausa in the new interview, Mrs Buhari said she was the person in the video and that she reacted after being denied access to parts of the villa by Mr Daura and his family.

The video was recorded by Mr Daura’s daughter, Fatima.