With a public identity as a self-made entrepreneur, unashamed of her body and unwilling to conform to societal expectations, she seemed tailor made for the drama. 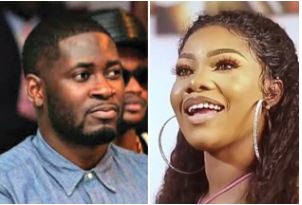 This was one of the most popular catchphrases during the 2019 season of Big Brother Nigeria. It became synonymous with the house’s resident conflict baiter, Tacha, who spent the bulk of her time adamant about her principles and unafraid to challenge anyone who held other views.

As far story lines go, Tacha seemed to have an iron-clad one. Even before the housemates were announced there were videos circulating of Tacha being slut-shamed and cyber-bullied for deciding to apply for the Big Brother competition. Before the show, she had spent a significant amount of time building a social media brand and audience and working as an influencer out of Port Harcourt.

With a public identity as a self-made entrepreneur, unashamed of her body and unwilling to conform to societal expectations, she seemed tailor made for the drama and politics of a reality show like Big Brother.

That persona helped her get into the house and win her a near fanatic fanbase drumming up so much conversation around her that she would trend on social media nearly every day of the show.  also made her enemies among the largely hypocritical Nigerian elite and semi-elite who were furious that Tacha, wouldn’t play by their rules. However, Tacha’s early exit from the Big Brother House was all her doing, and really dented her relationship with the show’s organizers and sponsors.

Since her exit, her future as a Big Brother alum has been in limbo. She was excluded from the final Big Brother House party that saw all the other housemates return to the house and get a second chance in the limelight. Barring a few photo shoots, she was also conspicuously absent in the finale event. During this time however, Teebillz, former manager (and husband) 0f Tiwa Savage began to make known his intentions on social media that he wanted to take over managing Tacha with his new management company Billz Vision. If this new Instagram press release is anything to go by, Tacha has finally signed with Billz Vision.

It will be interesting to see how they try to parlay Tacha’s notoriety into cool cash in the coming months. Teebillz did have a hand in Tiwa Savage’s early success and if he really knows his onions, he will replicate that here. We’ll wait and see how the Teebillz x Tacha partnership plays out.