A Nigerian actress living with disability has told of how she is rising to the top of the game despite her stature. 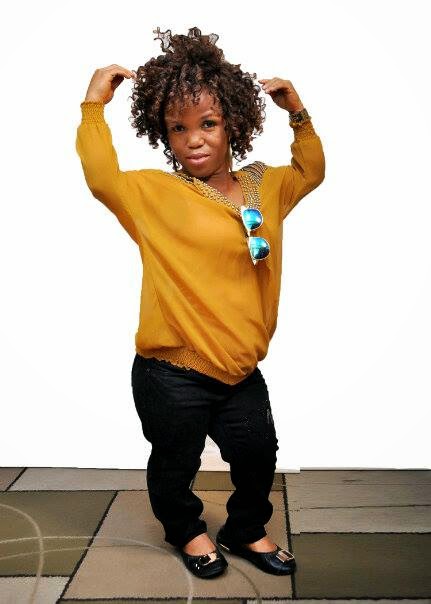 Lauretta Onye, a Nollywood actress living with disability, who starred in the 2015 film titled “Lords of Money” says that her stature has not hindered her from getting to the peak of her career.

Onye known as Laury White in the movie industry told the News Agency of Nigeria (NAN) on Tuesday in Lagos that producers and viewers have embraced her and liked to associate with her.

“It was acting that brought me to limelight here in Lagos but the biggest challenge I encountered was my stature, today it has become a thing of the past.

“I am now waxing strong in the movie industry, producers and director have realised that viewers look out for actors with unique stature such as mine and we sell movies.

“Acting gives me joy, money because it’s something that I like doing right from time and is making people to associate with me anywhere I go” she said.

The 34-year Imo State born actress, who is an athlete, said she was not giving the much required attention in the movie industry as a result of her involvement in sports, which had also made her famous.

According to her,  film locations are sometimes outside Lagos and lots of  time dedicated to fine tune roles, to meet the satisfaction of the movie director.

“Its really tasking combining acting and sports but the truth is that I am giving more attention to sports because of the regular training nature to be in form.

“The good thing and advantage that I have and enjoy in acting is that once I get an offer to play a role, I can also key-in because I am a talented actoress,” the Nollywood actress said.

She said that her passion to get herself thoroughly engaged and to earn a living has kept her in both areas of her talent, adding that she was specially created and blessed.