The commission urged the public to be wary of the list as it will soon resume the remaining stages of the recruitment process and release the authentic list of successful candidates. 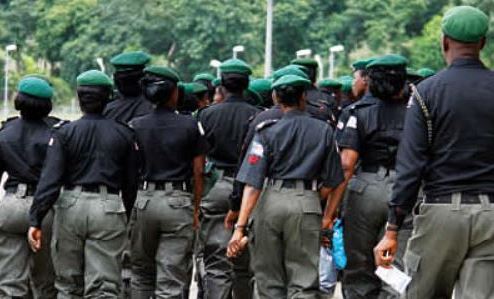 The Police Service Commission (PSC) has advised the public to disregard a list of candidates scheduled for training and allegedly released by the Nigeria Police Force (NPF) for recruitment into the Constable cadre.

A statement in Abuja by the commission’s Head of Press and Public Relations, Ikechukwu Ani, said the release of the list by the police was an act of illegality and a breach of the Federal Character requirements.

The statement reads: “The Police Service Commission dissociates itself from a purported list of candidates scheduled for training and allegedly released by the NPF in respect of the recruitment exercise into the Constable cadre of the Force. The commission notes that the list released by the police is an act of illegality, and from close observation, was in serious breach of the Federal Character requirements.

“The commission urges the public to be wary of the list as it will soon resume the remaining stages of the recruitment process and release the authentic list of successful candidates, local government by local government.

“The commission is presently in court against the NPF over the hijack of its constitutional powers to recruit and had filed an originating summons and interlocutory injunction restraining the NPF from going ahead with the exercise.

“The processes filed since September 27, 2019, by Kanu G. Agabi, CON, SAN, were brought to the knowledge of the Inspector General of Police (IGP) the same day…”

“In the letter notifying the IGP of the pendency of the suit, Kanu Agabi had said: “We write to inform you of the pendency of the above mentioned suit before the Federal High Court, Abuja. By this notice, you are to stay further action in the subject matter of this suit, pending the hearing and determination of the case.

“It is unfortunate that despite the pendency of the court processes, the NPF went ahead to release a purported list of candidates it has invited for training.

“The commission wishes to state that the list is unknown to it as it believes it is a product of illegality. The hearing for the commission’s suit has been scheduled for Wednesday, October 23 at the Federal High Court 5, Abuja.”