Yahoo Boy, Oyediran Who Was Indicted By FBI, Lands In Ilorin Jail


A yahoo boy who was indicted by America's Federal Bureau of Investigations has been sent to jail. 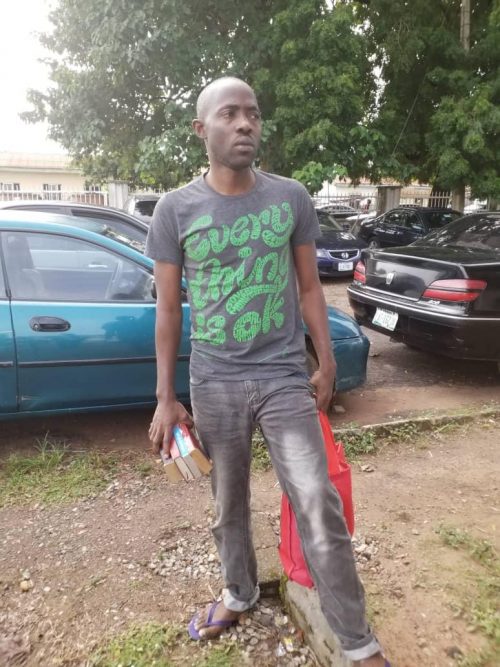 The yahoo boy has been jailed

A Kwara State High Court sitting in Ilorin, on Thursday, sentenced FBI suspect, Joseph Oyediran to one year imprisonment for cheating and impersonation.

The Economic and Financial Crimes Commission (EFCC ) had arraigned the convict indicted by the Federal Bureau of Investigations (FBI) in the United States of America for cheating and impersonation.

Justice Mahmud Abdulgafar, who sentenced the convict, said that pieces of evidences presented before the court by the EFCC were overwhelming and uncontroverted.

The judge held that the testimonies of the prosecution witness, the pleas of the defendant and documents presented were convincing enough to conclude that the prosecution had proved its case beyond reasonable doubt.

“The convict is hereby sentenced to one year imprisonment, while his one plot of land located at Wara, behind Ilorin West Local Government Secretariat and the sum of N800, 000 recovered from him should be forfeited to the Federal Government, ” the Judge declared.

The commission had arraigned the convict on five-count charge to which he had pleaded not guilty, but however later approached the EFCC for a plea bargain agreement.

Count one of the amended charge read ” That you, Joseph Oyediran (alias Joe MG Graves) between April, 2015 and June 2015, in Ilorin cheated by impersonation.

“Oyediran pretended to be one Joe MG, a white male with gmail account; [email protected], and fraudulently deceived one Andrea Smith, an American citizen, to send N2,392,105 after making her believe that you were in love with her.”

The prosecutor, Sesan Ola said that the convict committed an offence contrary to Section 321 of the Penal Code and punishable under Section 324 of the same Penal Code.

The convict changed his not guilty plea to guilty.

Reviewing the facts of the case, Olamide Sadiq, head of Advance Fee Fraud section of the commission told the court that on July 24, they received a petition from the FBI against the defendant.

Sadiq said that based on investigations, Oyediran was arrested and he later confessed to the crime.