Anxiety As Stranger Disappears With One-Year-Old Child In Ebonyi


In what will come across as a really shocking development, a stranger has reportedly disappeared with a one-year-old baby in Ebonyi. 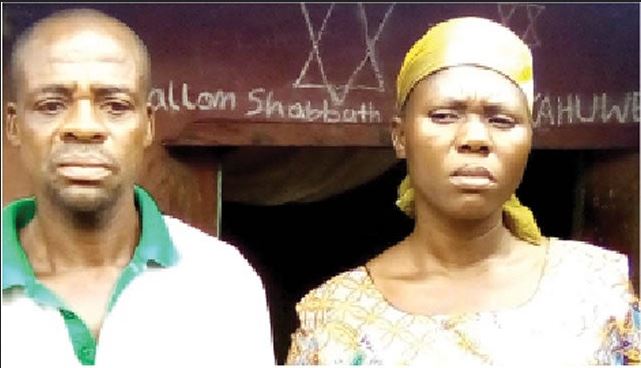 Accoring to Punch Metro, there was anxiety in the Ogbe Hausa area of Abakaliki, Ebonyi State, as a stranger reportedly disappeared with a one-year-old child, Esomchi Oyoke.

It was gathered that Esomchi went missing after a stranger, who was identified as Okechukwu from Ushegbe village in the Ezza North Local Government Area of the state, left the house.

The stranger had reportedly pleaded with the boy’s parents to accommodate him for a night before the incident happened.

Okechukwu was said to be a businessman based in Port Harcourt and always comes to Ebonyi State to buy food items in large quantities for retail in cities.

Esomchi’s father, Silas Oyoke, said, “On September 20, 2019, somebody came to me and requested that I should help him. He said he wanted to buy garri in large quantity and I took him to the Meat Market along the Gunning Road.

Silas added that it was later that his wife started looking for their child and raised the alarm.

He added, “It was at that point that my little daughter said the man, who spent the night in our house, said Esomchi should accompany him to go and buy biscuit.

“From there, we started running helter-skelter. I called the number that the man gave me, but he refused to pick the call for more than five hours. It happened around 2pm and we started moving from park to park till around 11pm.”

The Ekeaba Divisional Police Station confirmed the incident, but added that Silas displayed an unserious attitude to the loss of his son.