As many as 62 people have been killed as terrorists reportedly attack a mosque with bomb. 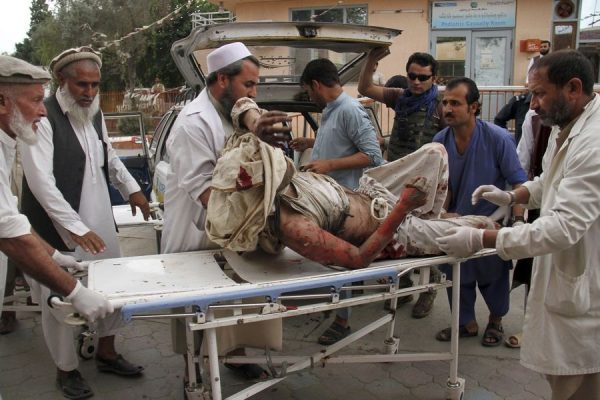 A wounded victim being stretchered out from the mosque in Haskamena district of Jalalabad east of Kabul, Afghanistan. Photo dailyherald.com

According to the Associated Press, no fewer than 62 people, including children were killed in a bombing attack in an Afghan mosque on Friday.

The bombing in the eastern Nagarhar province, made the roof of the mosque to collapse on worshippers.

Attahullah Khogyani, spokesman for the provincial governor, says 36 others were wounded in the attack in the Haskamena district.

The attack took place as dozens of people gathered inside the mosque to offer Jumat prayers.

There was no immediate claim of responsibility.