Only Unilag Can Help Buhari


Tunde Odesola gives his two cents on the s*x for grades saga and what the government should do about it. 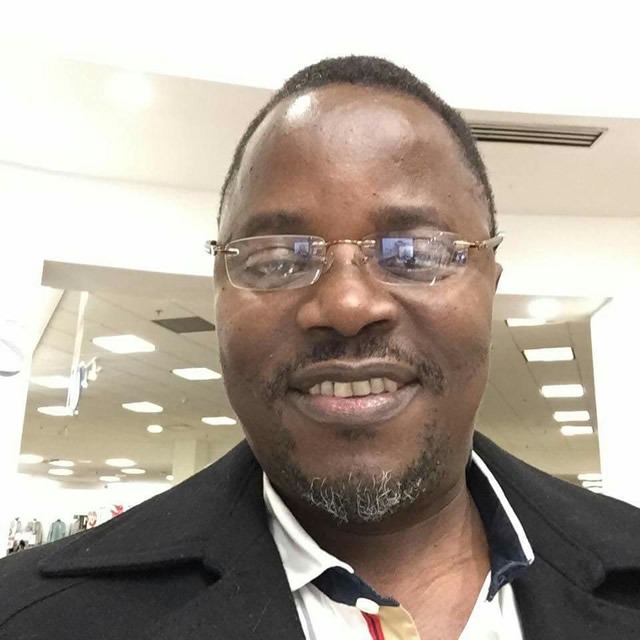 Darkness blacked out my world on Saturday, September 28, 2019 when Florence Moriyike Odesola-Adewusi, my younger sister, departed this earthly realm. Grief didn’t rain on me, it poured.

Five days after Florence was snatched by cancer, the elder sister that I never had, Mrs Adefunmilayo Itunuade Abegunde, also succumbed to the nasty grip of indomitable cancer, accompanying Florence into eternity.

The loss of my blood sister smashed me beyond smithereens. That of my adopted elder sister filled me with total contempt for life. In my period of absolute grief, truckloads of condolences poured in, trying to sooth and wipe away my misery.

In the last couple of weeks, my only feeling was numbness as I neither could read nor write or think. People say experience is the best teacher, but may we not be apprenticed to grief in order to gain experience.

I sincerely thank everyone who stood by the Odesola family in our darkest days. Particularly, I thank Evangelist Ebenezer Obey-Fabiyi, his son, Bishop Folarin Obey-Fabiyi; Dr Biodun Faleti, and the entire members of Decross Gospel Mission, Oyewole Road, Lagos, for being there for Florence who was a devoted church member.

When sorrow left me stranded, life eased past surefooted – the sun didn’t stand still, the moon shone in the fullness of its glory, the river cascaded, the cock crowed; anything can stop in life but life won’t stop for anything.

During my forced break, a pot-bellied lecturer at the University of Lagos, an Associate Professor, Boniface Igbeneghu, announced the existence of the Department of Cold Room at the university’s Senior Staff Club.

In a lurid undercover news video by the British Broadcasting Corporation, Igbeneghu, who is also a pastor, displayed maddening impunity, cold-bloodedness and mockery of God as he prayed for his prey, switched off the light in his departmental office and grabbed a 17-year-old admission seeker, gloating, “Welcome to the kingdom of God…You’re a small girl…give me a kiss…don’t tell your mother o…I’ll give you the cold room treatment.”

Watching the horrendous video, I wondered what vapourised Igbeneghu’s learning, reasoning and erudition at the sight of the teenager.

Unabashedly, Igbeneghu tells the vulnerable fresh school-leaver that there was nothing wrong in female students paying lecturers with their bodies as he swayed his lecherous thighs on his seat like a like a lion playing with an entrapped prey.

The BBC undercover journalist, Kiki Mordi, had posed as a 17-year-old daughter of a widowed mother, and had introduced herself to Igbeneghu after he delivered a sermon in his church. Thereafter, the lecturer subsequently scheduled to meet her in his office in two days’ time.

One of his numerous victims even alleged that he groped her while he was studying the Bible in preparation for the sermon he was going to preach in church.

“He groped me while writing down Bible verses,” she said, adding that she had attempted suicide on four occasions after graduation as a result of the abuse she suffered in the hands of the cold room pastor and professor.

If the sacked Obafemi Awolowo University Professor of Accountancy, Richard Akindele, was jailed last year for phoning a female postgraduate student, Monica Osagie, to demand sex, Igbeneghu’s crispy XXL prison uniforms are already available in the prison, but only time would tell which of the nation’s prisons would host him.

With the rate at which lecturers are being exposed for sexual harassment nationwide, it won’t be long when the Association of Jailed Lecherous Lecturers of Nigeria would be inaugurated. But I don’t know which university or polytechnic would headquarter the association.

Opportunities come in different packages and it demands wisdom to recognise one. President Muhammadu Buhari should ride on the crest of the noise that greeted the announcement of UNILAG’s Cold Room, do a crash programme in the Cold Room and become a Great Akokite.

There’s so much for Buhari to learn at UNILAG’s Cold Room that would enable him pacify his riotous household and quench the fire on Aso Rock. With his tall, slim frame, the President would easily blend into the university system with a blue jean to his waist, a red T-shirt covering his torso, a black baseball cap atop his pate, a pair of trainers to his feet and a rucksack to his back.

The first lesson President Buhari will learn inside the Cold Room is how to organise and maintain unity in his household. If not for the nosy foreign media, the BBC, and that skinny journalist, Mordi, nobody would have heard about the point-and-kill theory of the Cold Room.

It has never been reported that lecturers ever quarrelled over female students’ ‘benefits’ in the way the household of Buhari erupted in commotion over a mere accommodation a few days ago.

The takeaway from that is that lecturers are much more mature than Buhari’s family members when it comes to tolerance and silent enjoyment of benefits. The shameful clash between Buhari’s wife, Aisha, and the daughters of Buhari’s nephew, Mamman Daura, was a sad reflection of the kind of man Nigerians entrusted their country to.

That was neither the first nor the second time a frustrated Aisha would angrily expose the weakness of Buhari’s ineffective leadership and interpersonal management. Can a man, who cannot effectively manage his household, manage a ward, let alone a county, or a country?

As secretive and as protective as the members of the Cold Room Department may be of one another, once you’re caught in the act, you would be made a scapegoat.

This is evident in the immediate suspension of Igbeneghu and the commencement of trial against him but Aso Rock drapes the flag of immunity over some of its friends and acquaintances whose actions should ordinarily have called for questioning like the case of the bullion van that drove in and out of an Ikoyi residence on the eve of a general election and the video of the Cano governor whose babanringa became a bullion van gulping several bales of dollars.

Buhari will learn the essentials of law and order if he enrolls at the new department.

Igbeneghu said, “There’s an upper part of the Staff Club where lecturers take female students to go and smooch them, they romance them, touch their breasts.

It’s a club, we call it the cold room.” If lecturers take students to the club to touch their breasts and there has never been any public fighting among lecturers arising from double-crossing one another, there must be strict compliance to law and order in the department, a virtue which is lacking in Buhari’s family.

Also, enrolling at the elite department would mean that the demons of taciturnity would be exorcised from the President if the loquaciousness of Igbeneghu is to reckon with. Igbeneghu, who also lectures in the French Department of UNILAG, is down-to-earth, personally serving his prospective prey non-alcoholic wine and being very, very, very friendly.

He carries no airs of aristocratic superiority and didn’t clamp down on Mordi when she resisted his overtures. Omoyele Sowore, Sambo Dasuki, Ibrahim El-Zakzaky and other activists aren’t as lucky as Mordi.

I can vouch safe that President Buhari’s massive integrity won’t permit him to grope any female student though UNILAG students would love to see his if he truly got himself a rival for the beautiful Aisha.

Being a former Professor of Law at UNILAG, Vice-President Yemi Osinbajo could tell his former colleagues to overlook the unavailable school certificate result of his boss. I can’t wait to read the headline: Buhari goes to school.