A teenage boy has reportedly broken into a church, making away with N670k tithe money after breaking offering boxes. 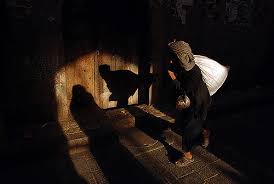 A teenager, Elikor Ehud, has been arrested for breaking offering boxes belonging to a church, the Divine Chosen Vine Ministry, and stealing the sum of N670,000 from them, Punch Metro reports.

The incident happened on Furniture Avenue in the Ejigbo area of Lagos State.

The state Police Public Relations Officer, Bala Elkana, said in a statement on Sunday that after the church’s pastor, Moses Nwoke, reported the case of stolen money to the command, men of the Ejigbo Police Station, who were detailed to investigate the matter, arrested the suspect.

He stated that during interrogation, Ehud confessed to committing the crime in connivance with one Lucky, who is at large, adding that the suspect would be charged.

Elkana said, “On Tuesday, October 1, 2019, around 8.45pm, one Pastor Moses Nwoke of the Divine Chosen Vine Ministry, Furniture Avenue, Ejigbo, reported at the Ejigbo Police Station that on September 30, 2019, after church service, unknown persons broke the wooden boxes placed on the altar meant for tithes and special seeds of faith offering and stole the money in them.

“After a thorough and painstaking investigation conducted by the Ejigbo Police Station under the supervision of the Divisional Police Officer, the suspect, Elikor Ehud, 18, was arrested on Tuesday, October 15, 2019. He confessed to stealing the sum of N670,000 from the boxes. He mentioned one Lucky as his accomplice. Efforts are on to apprehend the said accomplice. The suspect will be charged.”

In another development, the Operation Crush unit of the command has arrested six cultists during a supremacy clash in the Alapere area of the state.

“The suspects confessed to being members of the Eiye and Aiye confraternities and are responsible for a series of the violent attacks recorded in the Alapere area and environs. A large quantity of weed suspected to be Indian Hemp, short axes and cutlasses were recovered from their hideout. The investigation has been concluded and the suspects will be charged.”

One Ayobami Adegbite was also arrested for leading some hoodlums to rob unsuspecting members of the public of their valuables in the Ajah area of the state.

A team of policemen led by the DPO, Langbasa Division, was mobilised to the scene, but the hoodlums opened fire upon sighting the police but were overpowered by the team.

Elkana said Adegbite, 23, was arrested with one short gun, N16,000, and one digital camera that was snatched from a victim.

Similarly, the command has arrested one Sunday Ogbonna for vandalising a truck around the Ilasamaja area of the state.

Ogbonna, a porter, was arrested by the operatives of the Rapid Response Squad around the Toyota bus stop area of Oshodi.

It was gathered that a radiator, two heavy-duty batteries and four jerry cans filled with diesel being conveyed in his wheelbarrow were recovered.

Ogbonna, in his confessional statement to the police, stated that the items were handed over to him in Ilasamaja by two young men around 4am on Friday, adding that he was close to the Ladipo Spare Parts Market in Oshodi when he was accosted by the police.