BBNaija Star, Mike's Wife Opens Up About Her Husband Being Away For 99 Days


BBNaija star, Mike's wife, Perris Shakes Drayton has opened up about how husband's absence for 99 days. 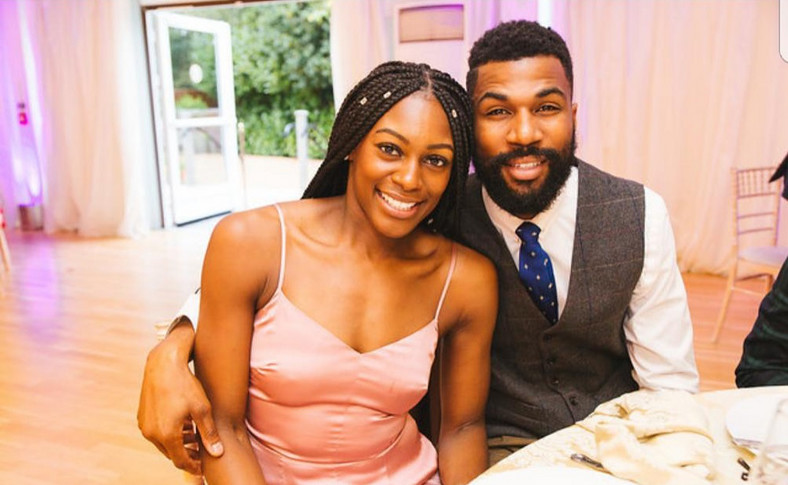 Mike and his wife

Maybe not as much as Tacha or Khafi but Mike Olayemi Edwards also made a solid impression on many people during the recently-concluded TV fourth edition of reality show, Big Brother Naija. In this interview with ADEDAYO ODULAJA, Mike’s wife, Perris Shakes Drayton, who is also a British Olympian athlete and TV personality, said she sees herself as a Nigerian being married to Mike and going all the way to emerge 1st runner-up.

It was really hard that I wasn’t going to see my husband for 99 days and I didn’t even realise he made it into the house and I was like, wow, this is going to be harder than I thought. A long time without my husband and we were newly married.

When did you guys get married?

We got married May 23 this year and three weeks after then my husband travelled to Nigeria and he had to stay in the Big Brother House for 99 days. Although many have celebrated Mike for his conduct in the house, I never thought anything different would happen at any point.

Is it for true that you didn’t feel threatened at any time throughout his stay in the house?

I didn’t feel threatened; I couldn’t have felt that way because I know him and the kind of person he is.

Not even when some of the guys did some things or dressed in certain ways?

Yes, there was no such thing as a threat or thinking that he could be tempted but I did see some things and I felt ‘Huh, what’s going on here?’ But then I trust my husband, he is a good looking young man but I trust him absolutely.

You guys are even talking about whatever happened inside the Big Brother house. I am talking about outside the house where I’ve had more of that. I have seen people trying to claim my husband and I will be like ‘no, no, no I can’t share, Mike belongs to me,’ Perry. Okay.

But I know it was all love because my husband demonstrated being a real man, he did have some funny expressions on his face sometimes but it didn’t happen beyond that point and I am so proud of my husband.

In all, what are the values you cherish most about him beyond what we have seen?

Mike is such a gentleman. The reason I fell in love with him is because he was so much about me, he opens doors for me. You know, that is a big deal for me. I have never had anyone do that for me before because I was an independent woman and I was doing everything myself. So with him, I had to kind of step back and allow my heart feel something.

Mike is such a nice guy, he takes care of me and he will always support anything I do, he just wants to see that I’m happy. And sometimes he cooks for me, he loves cooking a lot and he sometimes clean the house; he is really a good guy and I trust him enough to know there will be.

Now that he is talking about staying in Nigeria, how are you going to cope with that?

I am going to be around much because I understand he wants to grow his business here. I am of Jamaican background but I have Nigerian friends in the UK so this culture is nothing new to me. I have seen it, I know it and I love the music, the people and I am Nigerian now because my husband is from here.

We talked about his coming and everything because no matter what I am doing, he has got my back and whatever I am doing, I’ve got his back also and what we agreed when he wanted to go in is for him to be himself. And I am not surprised that people are showing him love like this because he can go anywhere and be part of any crowd, black or white, it doesn’t matter and people would love you if they would.

My husband wants to stay here, he would surely be getting a place and since that is the case I will be here by his side many times even though I have a life in the UK.

The guy who made the expensive ring he gave you also made for music star, Davido. So what would you say is the most expensive thing he has bought for you?

My dream car is a G Wagon, it’s funny but my husband knows. But then it is not even about the most expensive gift or not. I am a woman of expensive taste, I can’t buy my stuff myself, I don’t expect my husband to treat me to expensive things. I am rest assured he is going to help me grow and that will inspire me to have my own brand like he does. That is it for me, to have my own because I am a businesswoman like my husband.