Klopp Wanted Meat And Got Fish, He Didn't Like The Menu - Mourinho


Marcus Rashford scored at the end of a counterattack to put United ahead in the 36th minute. 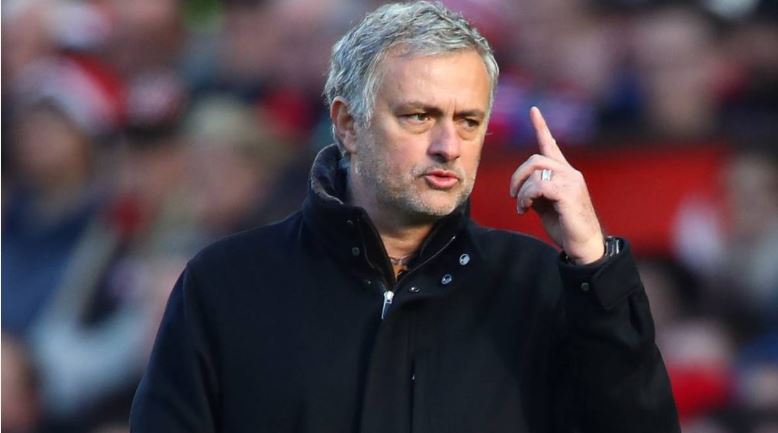 The former Red Devils boss felt the way his old side set up at Old Trafford did not help the Premier League leaders to play their best football.

Liverpool boss Jurgen Klopp "didn't like the menu" Manchester United served up in a 1-1 Premier League draw at Old Trafford on Sunday, according to Jose Mourinho.

Marcus Rashford scored at the end of a counterattack to put United ahead in the 36th minute, with the goal controversially upheld by VAR despite Liverpool claiming Victor Lindelof fouled Divock Origi in the build-up.

Ole Gunnar Solskjaer's side continued to frustrate the leaders, who saw a potential equaliser from Sadio Mane ruled out following a video review, but were unable to hold on for a win as Adam Lallana tapped in with five minutes remaining.

"[Klopp] didn't like the menu - he wanted meat and got fish," Mourinho said on Sky Sports.

"They are happy playing against opposition who give chances on the counterattack. Of course, United, with the limitations they have at the moment, played a different profile of game.

"They tried to stop the transition, played always with three centre-backs in position, always compact. Liverpool didn't like the menu.

"Liverpool missed the quality to play against a low block. I have to admit I'm really happy they didn't win because the other record [Chelsea's nine-match winning streak to start a season in 2005-06] is mine, not theirs.

"Sometimes they have limitations against teams with the low block. They have fantastic results but sometimes they win just in the limits.

"They can smash opponents who play the way they want to play against. Jurgen, clearly a bit of frustration. Old Trafford is a special place for Liverpool to win but he's never done it."

Former Liverpool captain and manager Graeme Souness, meanwhile, felt there was a lack of ‘cuteness’ from the visitors’ midfield trio of Fabinho, Jordan Henderson and Georginio Wijnaldum.

Souness said: "Liverpool have a midfield that will outwork anyone, but they got outworked in the first half which is very unusual.

"When they get to the last third, they haven't really got any cuteness in the midfield but what they do have is workaholics, with Fabinho, Henderson and Wijnaldum.

"That's why they huffed and puffed for large periods today as United sat so deep. It's very harsh to be too critical on the Liverpool midfield."
Top Stories