Kogi Election: El-Rufai, 6 Governors, Others To Relocate To Kogi


El-Rufai also said that it was pertinent for the All Progressives Congress (APC) members to work for the victory of the Kogi State governor. 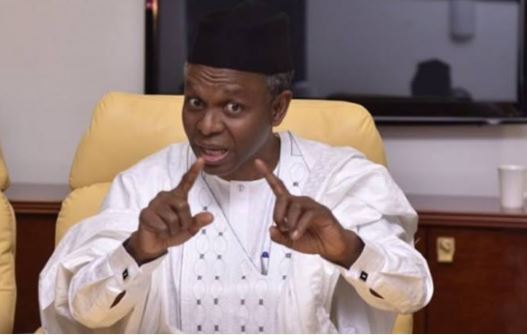 Ahead of next month’s governorship election in Kogi State not less than seven governors, one Senator, four House of Representatives members, six ministers and other leaders and chieftains of the party are billed to relocate to the state for the contest.

The Kaduna State governor in his remarks after the inauguration said: “After the flag-off, I will like to ask most of the committee members to relocate to Lokoja and remain there in preparation for the final burial and nailing of the coffin of the PDP.”

El-Rufai also said that it was pertinent for the All Progressives Congress (APC) members to work for the victory of the Kogi State governor, Alhaji Yahaya Bello in the forthcoming election because he is ardent supporter and believer of President Muhammadu Buhari.

Speaking further, El-Rufai said: “Looking at the 56 members of the campaign council some of them are my elder brothers. I want to thank the National Chairman, Comrade Adams Oshiomhole for having this dose of confidence on this campaign council. I promise on behalf of the Council that we will not let the party down

“Mr. Chairman, Kogi is different from Bayelsa in two respects. The first is that it is an APC controlled state, which makes it easier but reelection are far more difficult to prosecute than when you are running for the first time. In your second term, you must run on your record and you must have offended many people. So, you spend more time going round for reconciliation than if you are contesting for the first time without any record or any enemy.

“I am convinced that the good work done by His Excellency, Yahaya Bello in the last four years, the combined efforts of all of us focused and unity of purpose, we will deliver Kogi State with even a wider margin than in the past election.”