It has been reported that footballers are more likely to suffer dementia for frequently heading balls. 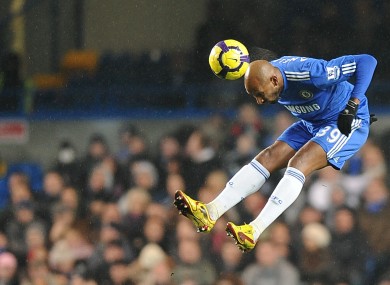 Every profession has its own hazards and footballers are not left out.  Aside from the possibility of sustaining injuries in the course of play, a new research has also found that the possibility of developing dementia and other diseases after football cannot be ruled out.

The report released Monday indicates that former footballers are approximately three and a half times more likely to die from neurodegenerative disease than the general population.

The report commissioned by the Football Association and the Professional Footballers’ Association, assessed the medical records of 7,676 men who played professional football in Scotland between 1900 and 1976.

Their records were matched against more than 23,000 individuals from the general population, with the study led by consultant neuropathologist Dr Willie Stewart of Glasgow University.

His findings report that the ‘risk ranged from a five-fold increase in Alzheimer’s disease, through an approximately four-fold increase in motor neurone disease, to a two-fold Parkinson’s disease in former professional footballers compared to population controls’.

The research follows a previous study by the two football bodies that was launched shortly before an inquest in 2002 ruled that former West Brom and England player Jeff Astle had died from an ‘industrial disease’ caused by repetitive blows to the head.

European Cups as a manager, died in 1996 in a Merseyside nursing home four years after first displaying symptoms of Alzheimers.

He was only 59 but doctors said he had the brain of a 90-year-old after suffering from chronic traumatic encephalopathy (CTE).

An inquest ruled Astle died from dementia caused by heading footballs – the first British professional footballer to be officially confirmed to have done so.

Astle, who was left unable to recognise his own children, once commented that heading a football was like heading ‘a bag of bricks’.