NECA warns that FG's proposed imposition of tax on soft drinks may lead to job losses if producers close shops. 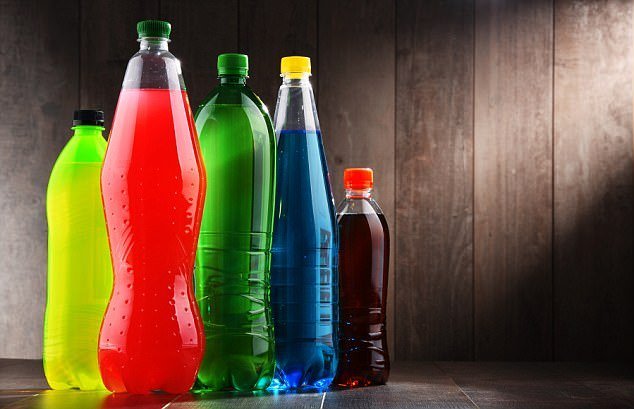 More Nigerians may lose their jobs and some producers of carbonated drinks will likely close shop as a result of poor sale should the Federal Government implement its planned imposition of tax on soft drinks.

The Nigeria Employers Consultative Association, Lagos Chamber of Commerce and Industry and some economists gave this warning in separate reactions to the FG’s plan as revealed by the Minister of Finance, Budget and National Planning, Zainab Ahmed.

The minister spoke in Washington DC, United States Thursday on the sidelines of the 2019 annual meetings of the International Monetary Fund/ World Bank, adding that the tax as well as additional Value Added Tax on imported goods was meant to increase the government’s revenue generation.

It will kill businesses –NECA

NECA said the planned tax on non-alcoholic beverages by the Federal Government will kill many businesses in that sector.

Its Director-General, Timothy Olawale, specifically said the jobs of about 250,000 people working directly and indirectly in the industry would come under threat.

“Once prices are increased, consumers will push back, resulting in sharp decline in demand. With the planned increase in VAT, the introduction of excise will further burden operators in the sector with the following consequences: low demand leading to unsold products; incomes squeeze on businesses that are already struggling with low margin and massive staff layoff, which will affect over 250,000 direct and indirect employees in the sector among others.”

The LCCI advised the Federal Government not to impose tax on carbonated drinks because it would negatively affect both manufacturers and consumers.

The Director-General of the LCCI, Mr Muda Yusuf, said this in a telephone interview with one of our correspondents.

He noted that imposition of another tax on the carbonated drinks, with the manufacturers having paid excise duty on such manufactured products, would ultimately affect the demand for the goods.

He added that consumers might resist buying, since the price would have shot up.

“Ultimately, the demand for such products might drop due to the attendant increase in price that might occur. Those who could buy would buy at a higher price.”

Yusuf added that this move would be opposed to the government’s mantra of assisting the real sector, which are the manufacturers.

A former President, Association of National Accountants of Nigeria, Dr Sam Nzekwe, who noted that the purchasing power of many Nigerians was weak, said the soft-drink tax would lead to higher inflation rates.

“If this plan of government to tax soft drinks is implemented, then we should be ready for higher rates of inflation. Already, we have high inflation,” he stated.

Nzekwe told one of our correspondents that the Federal Inland Revenue Service had not been adequately reaching out to taxable companies, which was why the government often came out with policies aimed at taxing smaller items.

He said, “The taxes from the federal and state governments are becoming too many that you don’t know where to place them. Coming up with a new tax regime on soft drinks, I don’t think that is what will solve the funding challenges confronting the budget.”

An economist and Senior Lecturer, Lagos Business School, Dr Bongo Adi, said the imposition of excise duty on soft drinks would affect productivity and employment generation in the country.

He said, “I know that the government is trying to ramp up tax revenue; the truth of the matter is that tax is low in Nigeria. But I don’t know why they need to discourage the consumption of soft drinks.

“If you impose excise duty on a commodity that is price-sensitive, the demand will immediately drop as consumers will find alternatives.”

Adi noted that the imposition of tax on soft drinks would be counterproductive to government’s efforts to stimulate the real sector.

“I think the way to raise tax is first by growing the economy. I have always maintained that this issue of tax is coming at a very wrong time. Our post-recession GDP is less than two per cent, and we are taking measures that will further endanger the growth of the economy,” he added.

A former Director- General, West African Institute of Financial and Economic Management, Prof Akpan Ekpo, said the plan to impose excise duty on soft drinks was welcome but the government should exercise care in doing that.

“The cost of doing business in Nigeria is already high; it (excise duty) will further increase the cost. That is why I think it has to be very marginal in order not to discourage new investors who want to come into the industry or make existing investors move to other countries.”

The Chairman, Food, Beverage and Tobacco subsector of the Manufacturers Association of Nigeria, Mr Paul Gbededo, expressed doubt about government taxing soft drinks, which he described as the drinks for the masses.

He wondered why government would do that when it was always talking about protecting the interest of the masses.

Gbededo said, “Imposing tax on soft drinks will impact the poor and the masses. Soft drink is what the poor drink to get energy. If government is looking for additional revenue from taxation, the masses will support taxation of luxury items.

“I am aware that it is fashionable to control sugar intake because of health reasons, but we are not there yet. The poor need the sugar because that is where they derive their energy from. If the government is worried about sweetener intake among Nigerians, they can express this through education, telling people the disadvantages of consuming such substance.”