The Police Service Commission (PSC) has approved the appointment of six Deputy Inspectors General of Police with two to proceed on pre-retirement leave. 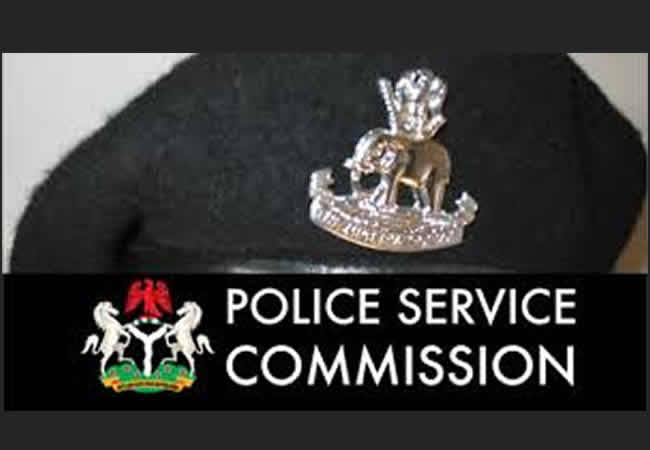 The Police Service Commission (PSC) has approved the appointment of six Deputy Inspectors General of Police with two to proceed on pre-retirement leave.

PSC’s Head of Press and Public Relations, Mr Ikechukwu Ani, announced this in a statement on Monday.

He explained that the remaining four would replace the four retired DIGs and also form part of the IGP’s management team made up of seven DIGs.

However, DIG Ogunjemilusi and DIG Okpara are to proceed on pre-retirement leave.

The Commission also approved the promotion of 14 Cps to the next rank of Assistant Inspector General of Police (AIG).

Mr Ani explained that the appointments and promotions were the highpoints of the PSC’s 6th Plenary Meeting which held in Abuja on Friday and chaired by Mr Musiliu Smith.

Forty one Inspectors were also promoted to ASP1.

The PSC Chairman said the Commission would continue to closely monitor the performance of the officers and asked them to rededicate themselves to the service of their fatherland.

He reiterated that promotion in the Force would continue to be based on merit, seniority and availability of vacancies.