Security operatives have been given the shock of their lives after 39 bodies were found inside a trailer. 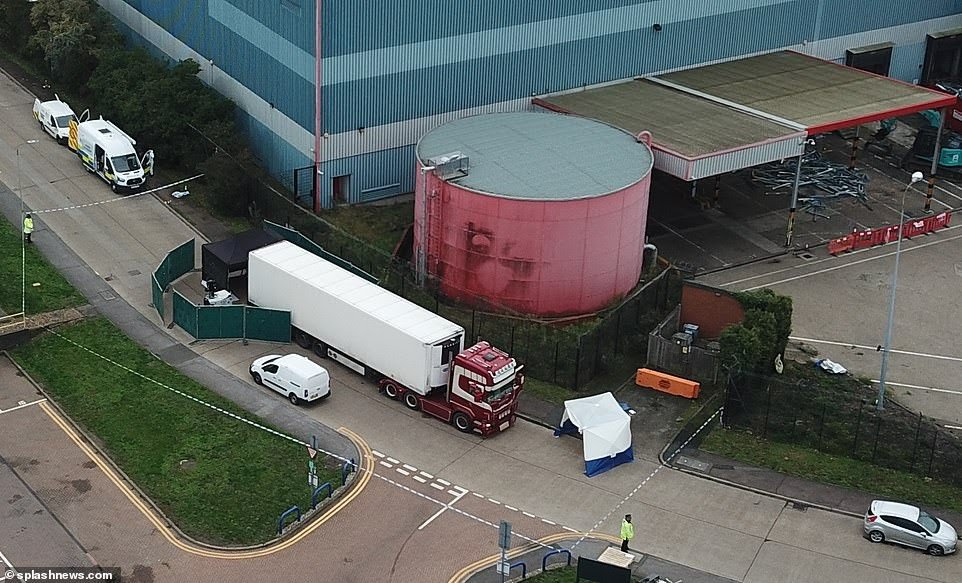 39 frozen bodies found inside trailer in the United Kingdom
39 migrants, locked inside a bitterly cold and airless shipping container, never stood a chance as their cries for help fading away with no one to hear them.
Police in England have opened a murder investigation after 39 dead bodies were found inside a container truck on Wednesday.
The police have yet to determine any of the victims’ identities.
Who were they, where were they going, and where were they from. It was all a mystery.
But one thing was heartbreakingly clear, when the authorities peered into the container truck Wednesday morning, none of the 39 people inside was alive.
Their bodies were found after someone officials have not said who called an ambulance and the police came to investigate.
The passengers, all of whom appeared to be adults, were declared dead at the scene.
Experts yesterday said the temperature inside the refrigerated trailer unit, which is said to usually carry biscuits, might have been as low as -25C.
The driver from Northern Ireland, has been arrested on suspicion of murder.
Police in forensics suits were seen worked on the cab end of the lorry, which is Bulgarian registered.
It is not known where those found inside got in. 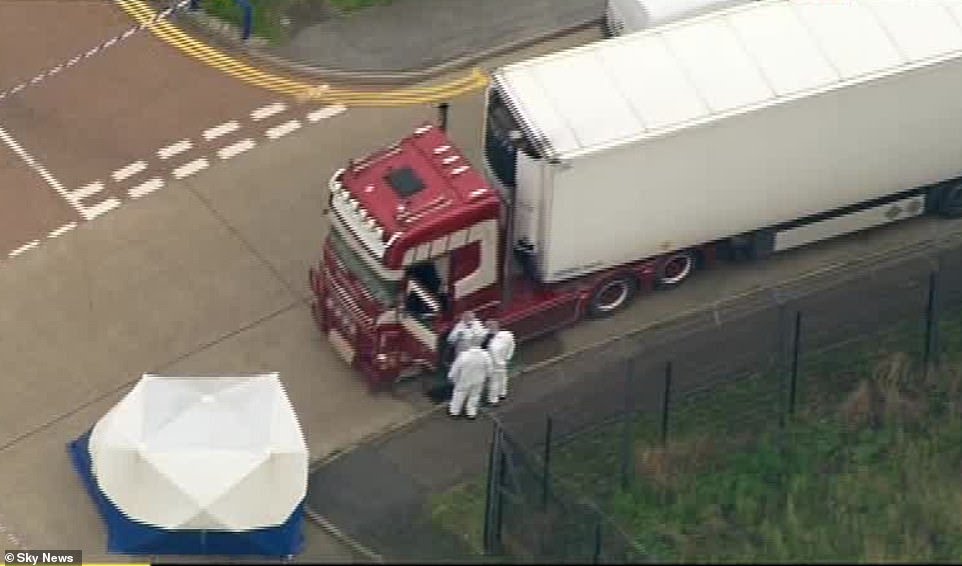 Bulgarian authorities have said the lorry was previously registered in the Bulgarian coastal city of Varna by a company owned by an Irish woman.
Local TV channel BNR said the truck was registered in June 2017, left the next day and has not since returned.
The fact that the lorry arrived at Holyhead on Saturday suggests those who died may have been in the back of the vehicle for at least four days.
Police are trying to establish when the group got inside and if smugglers found the container for them and then locked the door behind them.
The container was placed on a cargo ship on Tuesday, which then set sail around 2pm.
The choppy Channel crossing took around ten hours before the ship docked at the Essex port of Purfleet on the Thames at 12.30am yesterday. 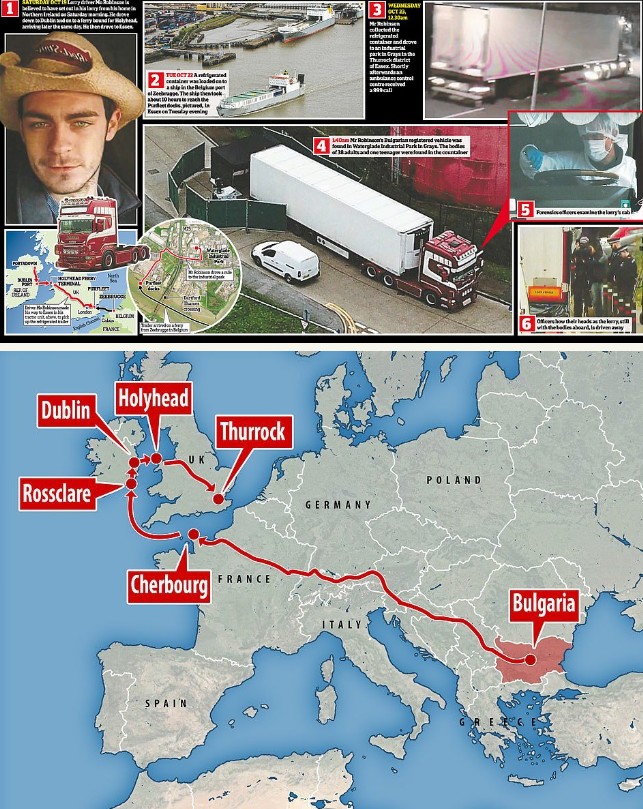 It is known the lorry has a Bulgarian registration and entered the UK in Holyhead on Saturday.
Hauliers have suggested that, if the lorry had traveled from Bulgaria, it may have gone on a ferry from France to Ireland before coming to the UK. However, it is unclear where the lorry originated.
Police officers were shown to be lined up next to the passing lorry today and bowed their head in respect for those who had died in the tragedy.
Source: Dailymail
Top Stories