As many as five students of the University of Calabar have been nabbed and paraded by the Nigerian police. 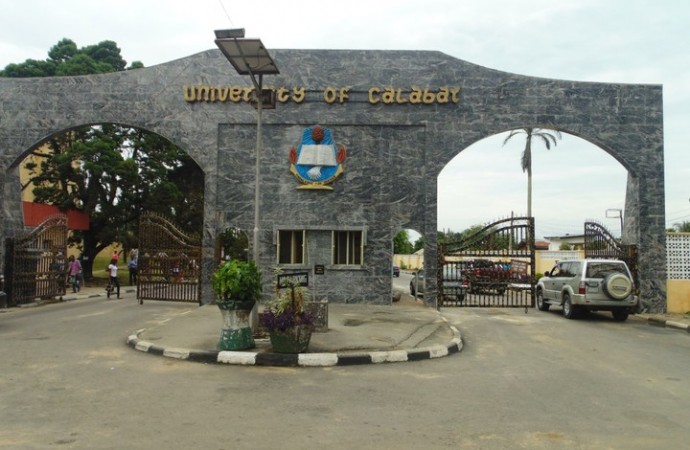 TheGuardian reports that the Cross River police command has paraded five students of the University of Calabar (UNICAL) for alleged involvement in cultism. The Police Public Relations Officer (PPRO), DSP Irene Ugbo, disclosed this to newsmen yesterday in Calabar, adding that the students were members of different cult groups.

She said they were arrested in the early hours of yesterday when the police acted on information of someone who said he was threatened by some gang to join a cult group. Ugbo said the anti-kidnapping and cultism squad swung into action, got the boys arrested and recovered two locally-made pistols from them.

“They actually confessed to being students of the University of Calabar and are cultists, although, investigations are still on, immediately we are through with it, we would charge them to court. One of them said he is a member of the Eye Confraternity, the other said he is a member of Bukaneers, those are the two cult groups we got from them.

“We have arrested some of these boys before, our job is to arrest and after carrying out our investigations, we charge them to court, we wouldn’t know the reason they were discharged by the court. As far as we are concerned, anyone that is arrested again after being discharged by the court for cult-related activities would be investigated and charged again”, she said.

One of the suspects simply identified as Obi from Boki local government area of the state denied being a member of a cult group.

Obi who said he was 23-year-old, a year one student of the Department of Public Administration, said: “I was supposed to be in school this morning but I had no transport fare. So, one of these guys who is a cultist called me to come and take transport fare when I got there, I saw the police, that was how I was arrested,” he cried.
Top Stories