Charms and fake currencies have been recovered from fraudsters in Kwara state. 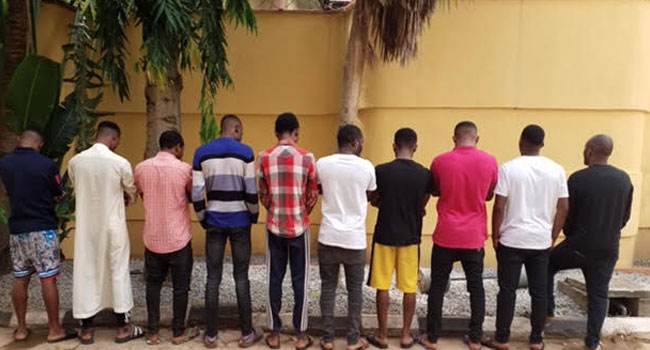 Suspected fraudsters
Operatives of the Economic and Financial Crimes Commission (EFCC), in Ilorin have recovered charms, smartphones, Laptop computers, and fake currencies from 10 suspected internet fraudsters.
Information revealed by spokesman of the commission, Wilson Uwujaren confirmed the story on Wednesday.
The suspects: Paul Chibuzor, David Daniels, Tolu Ogundowole, Tosin Ogundowole, Agwu Goodness, Olayiwola Azeez, Olamide Ijisesan, Chilaka Dickson, Abdullahi Abubakar, and Temitope Bambo, were picked up from their hideout in the Basin area of Ilorin, Kwara State on Monday, October 21, 2019, following reports of their alleged involvement in cybercrime.
He said that the suspects have volunteered information to the Commission, while the investigation continues adding that they would be charged to court at the end of the investigation. 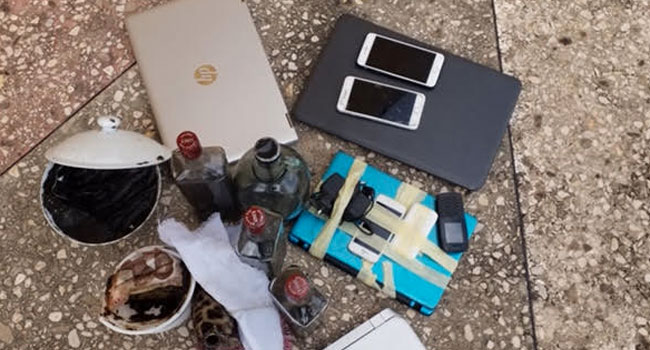