A man has shocked many people by committing suicide over a yet-to-be revealed incident.

Man kills himself in Imo state
People have been left in a state of shock after a 70 year-old man reportedly took his own life at Uba Street Okigwe area of Imo state.
The sad story shared by one Chima Otuonye revealed that the man took his life after he had his breakfast at his home.
Sharing the sad news, Chima wrote:
'A man Of 70's committed suicide this morning in his compound at Uba Street Okigwe. According to the story, it was said that he had his breakfast with his family some away before committing the sacrilegious death.
Furthermore, his wife had left for the market. Therefore there was nobody to stop him from the strange act.
What A World' 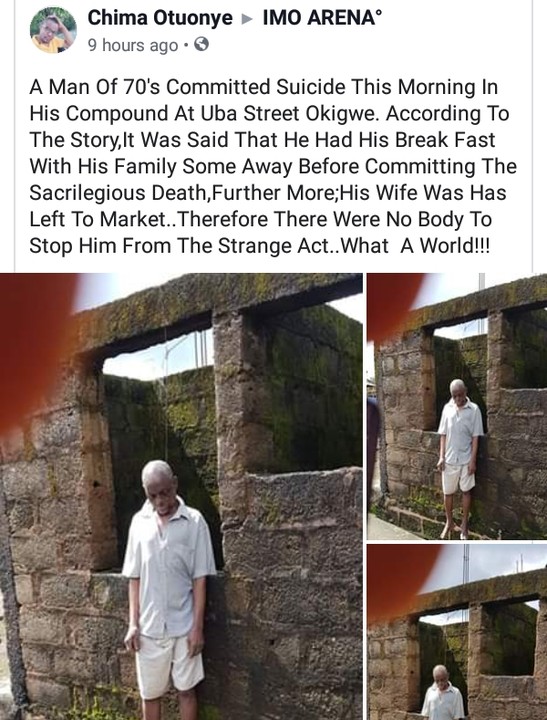