How My Son Who Went Missing During Sallah In Kano, Was Found In Anambra - Father


A man has told of how his son who went missing from sight in Kano was eventually found in Anambra state. 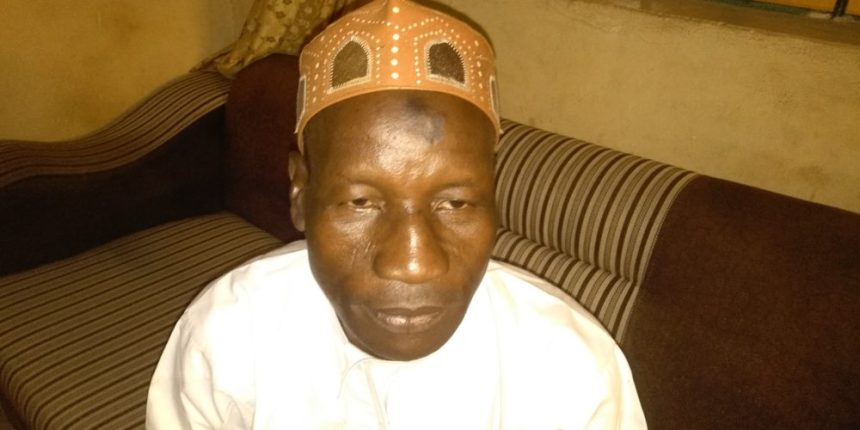 Muhammad Ali, interviewed father of one of the victims.

The father of one of the children rescued in Anambra State has narrated how his son was kidnapped, According to PREMIUM TIMES.

“When the police told me they were going to Onitsha in search of missing children, I never thought the investigation would yield any results concerning my son,” Muhammad Ali said.

Mr Ali’s five-year old son was one of the children missing in Kano that the police recently recovered in Anambra State.

“Days after, they called me on the telephone that they were back, we should come and identify our children. I rushed to the station and when I saw my child Usman, I was emotional with tears running down my face. I thank the Almighty Allah and Mr Babagana (the police chief overseeing the anti-kidnap section in Kano).”

Mr Ali, a resident of Sauna-Kawaji, Nasarawa Local Government Area in Kano, told PREMIUM TIMES how his child was kidnapped when Muslims were celebrating Sallah this year.

“On day two of the celebration, Usman went out to visit my younger brother’s house close to our house. That was where they lured him and took him away. We searched for him all over but we could not find him. We reported the incident to the police and left everything to God.”

The elated Mr Ali commended Governor Abdullahi Ganduje and Kano residents for their support throughout the trying times.

“I hope the government will intensify efforts to rescue the remaining victims and that justice will be done to us.” 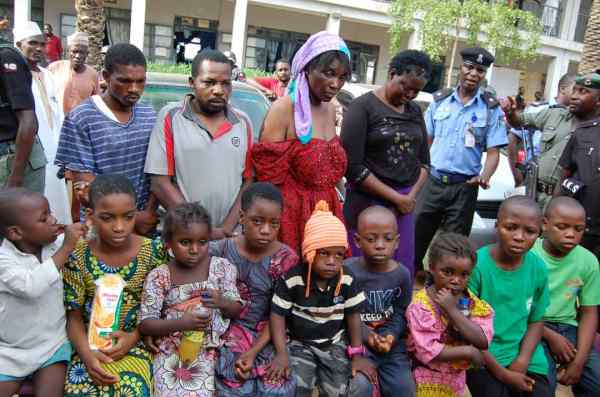 The police said nine children were kidnapped in Kano in separate incidents and were allegedly renamed and sold off in Onitsha, the commercial city in Anambra State.

After their rescue, the police commissioner in Kano, Ahmed Illiyasu, at a press conference at the police headquarters in the state, presented the children to their parents after parading the suspects.

Mr Illiyasu said the police busted the syndicate behind the crime and arrested eight suspects. He said the group specialised in kidnapping, concealment and confinement of kidnapped persons, buying and selling of minors and trafficking in persons.

He said the police carried out the operation in Onitsha following a five-year public outcry in Kano over reports of missing children. The Command’s tactical teams of Operation Puff Adder was detailed to investigate the cases. He said anti-crime strategies using community policing tools were employed during the operation.