Unbelievable! How A Footballer Conceded A Penalty Without Even Coming On Pitch


A very unlucky footballer has ended up conceding a penalty when he had not even gone on the pitch to play. 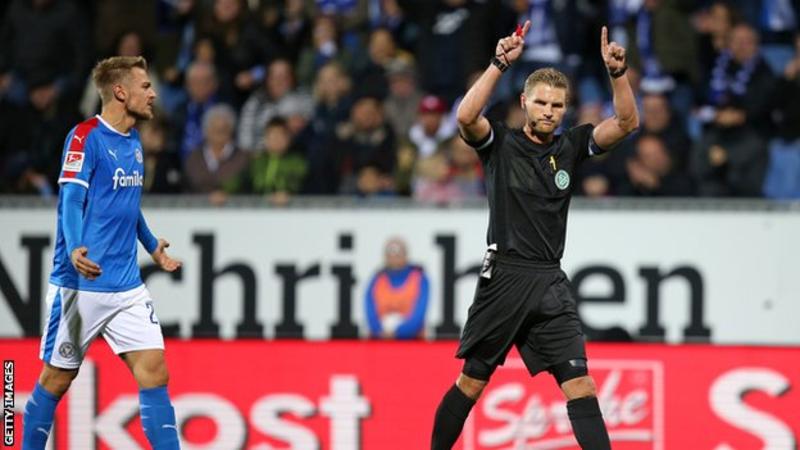 Footballers beware, there is no escaping VAR.

Just ask Holstein Kiel midfielder Michael Eberwein, who is a contender for the unluckiest substitute in sport.

Eberwein was warming up behind the goal during a German second division game against Bochum on Friday when he kicked a wayward shot back into play.

However, VAR spotted Eberwein had touched the ball before it had crossed the line, prompting referee Timo Gerach to give a penalty and show him a yellow card.

It is the sort of innocuous incident that may have passed the officials by in previous seasons, but the presence of the eagled-eye VAR cameras means nothing is now missed.

International FA Board (Ifab) rules state if a substitute interferes with play, the referee can take appropriate disciplinary action and restart the game with a direct free-kick or penalty kick.

Congo forward Silvere M'Boussy took advantage of the bizarre moment of fortune by converting the spot-kick to bring Bochum level.

To make things worse for Eberwein, it is his only touch in a Holstein Kiel shirt since joining from Fortuna Cologne over the summer.

He can at least take some consolation from the fact his side went on to win the game thanks to Janni Serra's second-half strike.

His experience sends out a message to players everywhere, though - VAR is watching you. Always.