After the stock tumble, Bezos' net worth stood at $103.9 billion, about $2 billion less than that of Bill Gates has became the world's richest person again. 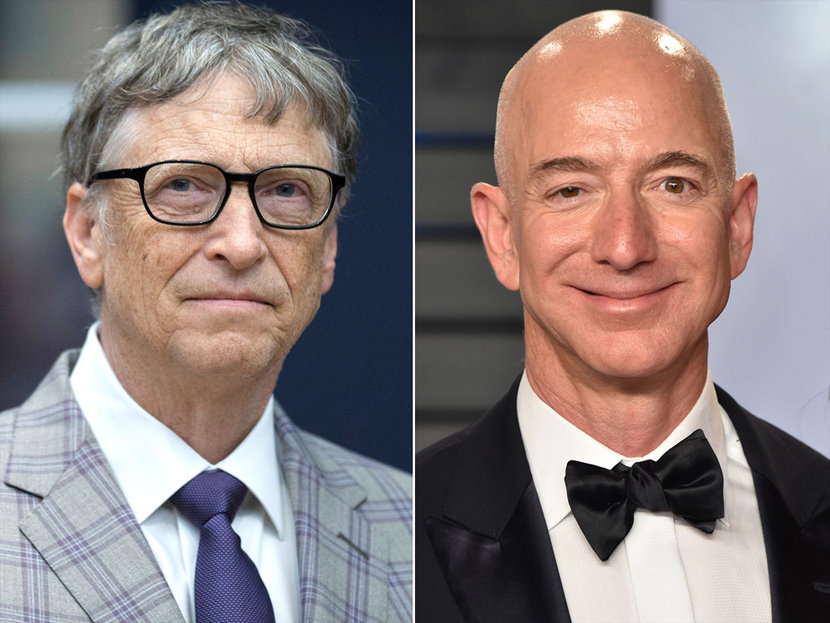 Jeff Bezos suffered a drop in his vast net worth on Thursday after Amazon stock tumbled more than 7% on disappointing third-quarter financial results.

The stock rout, largely driven by Amazon’s first quarterly profit decline in two years and a weak revenue guidance, translated to a $9 billion loss on paper in Bezos’ personal account. Although it wasn’t a huge write-off compared to Bezos’ $100 billion-plus total worth, it was just enough to knock him off the champion’s podium as the world’s richest person.

After the stock tumble Thursday afternoon, Bezos’ net worth stood at $103.9 billion, about $2 billion less than that of Bill Gates, who became the world’s richest person again—after losing the title to Bezos two years ago.

Amazon shares began recovering Friday morning, gradually climbing 4% in the mid-day trading hours, which pumped Bezos’ net worth back to above $110 billion and re-throned him as the world’s richest man, according to Bloomberg’s real-time Billionaires Index.

The Amazon CEO wouldn’t have had to worry about his status change at all had he not gone through an expensive divorce with his wife of 25 years, MacKenzie Bezos, earlier this year. The split reduced Bezos’ fortune by about a quarter after the former Mrs. Bezos took away $35.6 billion worth of Amazon stock.
Top Stories