Nigerian actress, Kiitan Bukola has spoken about herself, revealing that her tattoos now embarrass her. 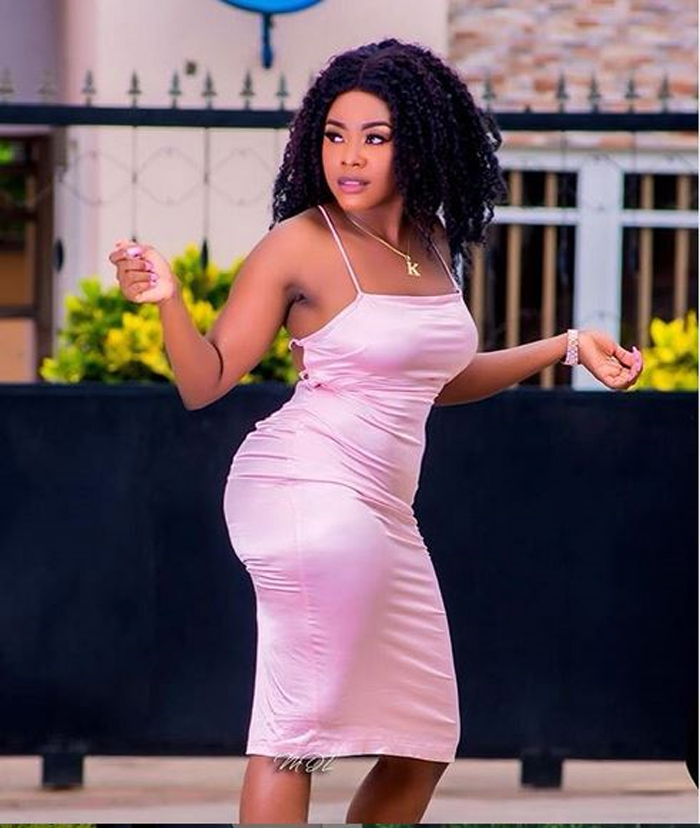 Yoruba actress, Oloruntimilehin Bosede Bukola popularly known as Kiitan Bukola her love for the art has become a nightmare of sort, crying out that she no longer enjoys seeing them on her body, Vanguard reports.

Bukola, who is also a baker, a supermarket owner and CEO, Kiitanb Visuals told Potpourri in a chat that she got the tattoos out of love. She said she had them because her ex boyfriend loved tattoos but in recent times she no longer feels cool seeing them on her body. She has 3 tattoos, one on her right lap and 2 on parts she refused to disclose.

“I did them out of love back then because my ex used to love tattoos but right now I’m tired of it. I wish I can remove them now. I have even tried to remove them in South Africa but I was told I would have to come for 5 sessions of treatment before it would clear off. Unfortunately, I was about to leave the country then and couldn’t wait to get it done. Seriously, I ‘m tired of them,” she said.

She said there are many reasons she wants them off. She explains:“I love wearing shorts but I can’t most times because of the tattoos. You know, people have different suspicious opinions about people wearing tattoos. The tattoos embarrass me now.”

Kiitan Bukola got the name ‘Kiitan’ added to her name when she produced the film ‘Kiitan’. She has featured in other movies like Ori Eiye, Ero Ife, Surface, Ajoji, Maybe (Boya) and many more.