APC Reacts To Petition Against Tinubu Over Bullion Vans


The ruling All Progressives Congress has broken its silence after a petition was submitted against its national leader. 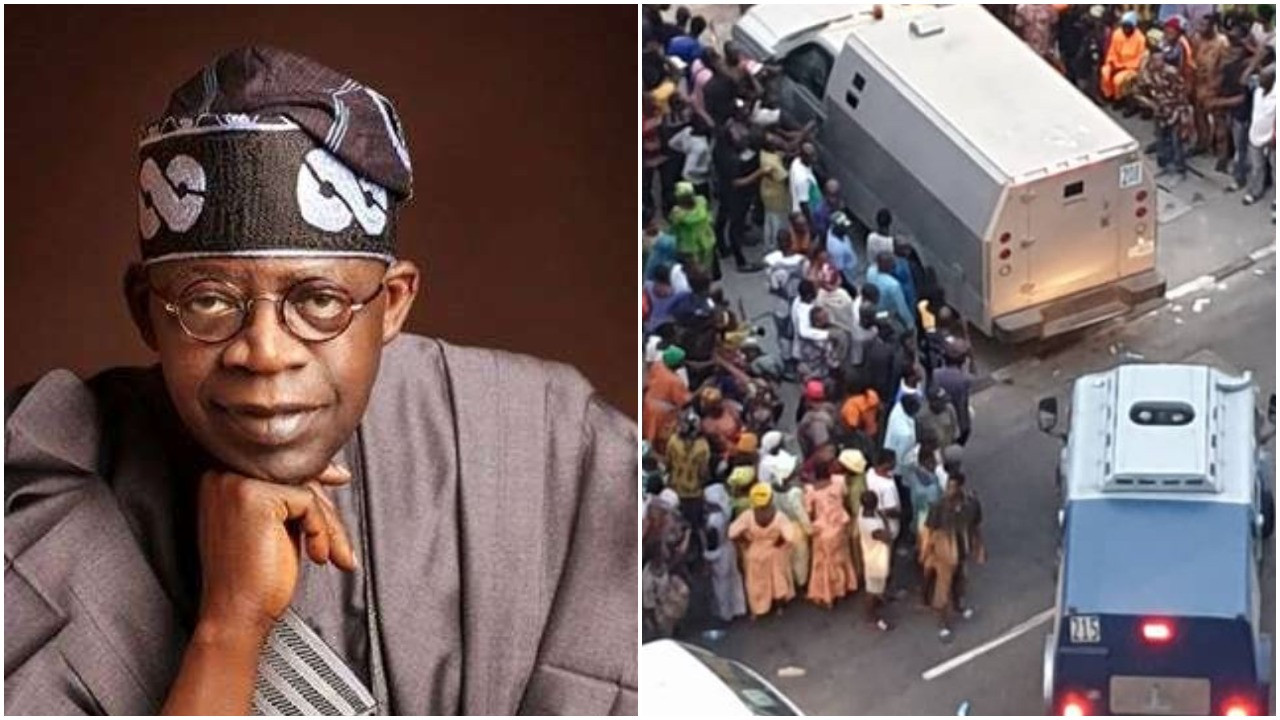 Bola Tinubu and his bullion vans
The All Progressives Congress (APC) has reacted after a petition was sent to the Economic and Financial Crimes Commission (EFCC) over bullion vans linked to former Governor of Lagos and the Party's chieftain, Bola Tinubu during the 2019 Presidential election.
Recall that the anti-graft agency was petitioned to investigate Tinubu over the source of money allegedly conveyed in bullion vans to his residence.
Submitting the petition to EFCC on Friday October 25, the convener of Concerned Nigerians, Deji Adeyanju said;
“To the best of our knowledge, Mr Bola Ahmed Tinubu is a private citizen who ordinarily should not be seen with a convoy of Bullion Vans.
“The commission would recall that it was reported all over the news that Bullion Vans allegedly containing an undisclosed amount of cash were seen entering the home of Bola Ahmed Tinubu, former governor of Lagos State on the eve of Nigeria’s presidential elections. Tinubu himself admitted to this fact while responding to questions by journalists.
“What are Bullion Vans doing in the house of Asiwaju Bola Ahmed Tinubu?
“Who owns the content, believing to be cash in the Bullion Vans that were seen entering the house of Bola Ahmed Tinubu on the eve of Nigerian presidential elections?
“Has the commission, based on its core mandates, investigated the source of the Bullion Vans?
“We cannot as a nation have two separate rules for fighting corruption, one for those opposed to the ruling party and another for supporters of the government."
However the Lagos state chapter of the APC rubbished the claim, daring those behind the allegation to come up with proof that Tinubu had stolen any money.

“Let them come up with the proof. The man is a private citizen and he has been out of government for the past 12 years.
“If he has decided to spend his money on his party, how is that a problem? Let them come up with a proof that somebody’s money is missing" Spokesperson of the party in Lagos State, Abiodun Salami told Daily Trust.
Top Stories