Messi has left social media users talking after what he was caught doing off pitch. 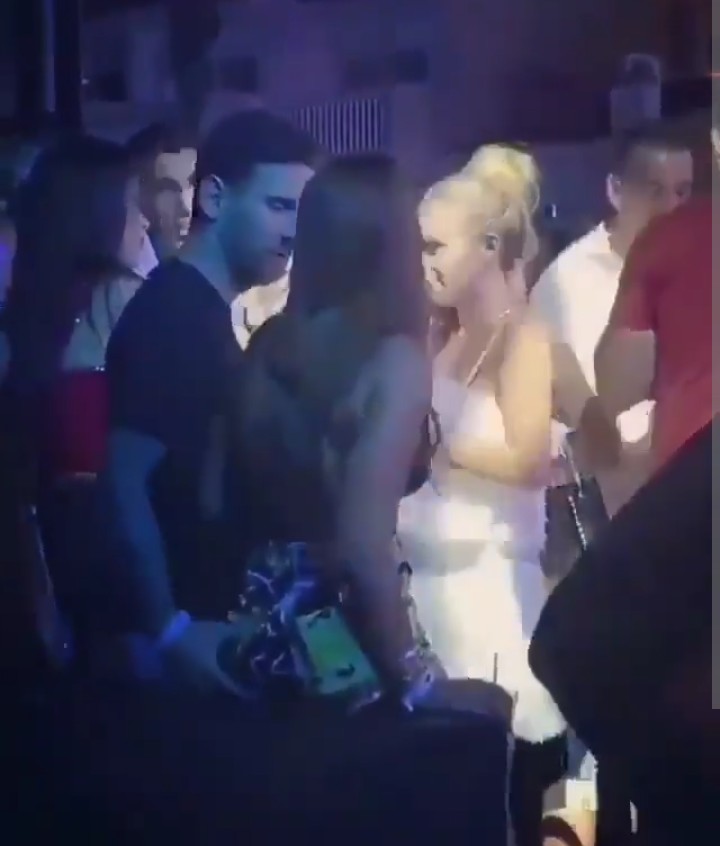 Messi seen touching his wife's bum
Barcelona Star, Lionel Messi has left tongues wagging on social media after he was caught grabbing his wife, Antonella Roccuzzo's bum in public while at a night club.
There is also a video of the incident which has since gone viral on social media.
The Argentine star who normally have no problem finding the post seemed to find it difficult locating Antonella’s backside in the club.
Watch Video: