Flood Sacks Over 70 Communities In Adamawa


It was announced that as part of intervention measure, five camps have been opened around affected areas for people displaced by the flood. 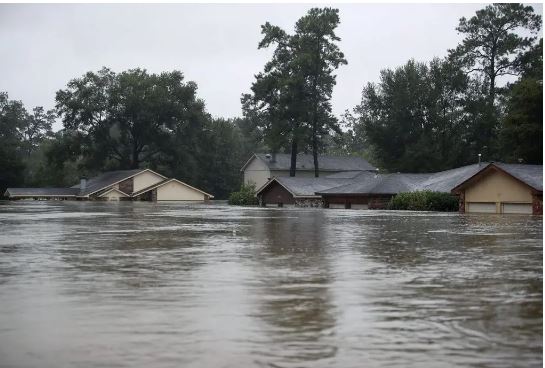 Flood, which occurred over the weekend affected more than 70 communities in six local government areas of Adamawa State.

The Adamawa/Taraba Head of Operation of National Emergency Management Agency (NEMA), Abani Garki, who gave an update Monday afternoon on the flood, also announced that as part of intervention measure, five camps have been opened around affected areas for people displaced by the flood.

The ADSEMA boss had named Numan, Demsa, Girei, Fufure and Yola North as the affected LGAs. On his part, the NEMA zonal head of operation Abani Garki, told DAILY POST that after further evaluation of the flood, it had been established that more than 70 communities were affected.

He mentioned Lamurde as additional LGA found to have been most ravaged by the flood.

ADSEMA Executive Secretary had attributed the course of the flood to three days of continuous rainfall, but this has been questioned by affected residents who said the flood was too sudden and devastating to have resulted from rainfall.

The residents argue, instead, that the authorities in Cameroon probably released water from the Lagdo dam in that country.

But Abani of NEMA, who spoke to a correspondent on phone Monday afternoon, said rainfall remained the most likely cause of the flood.

“No communication with the Lagdo Dam to the effect that water was released from there. Conversely, there was much rain over a couple of days around Adamawa, so from our evaluation so far, what occurred was rain flood,” he said.

He added that, to mitigate the effect of the flood for the affected, five camps had been opened for use of those displaced from their homes and relief materials provided for them.
Top Stories